Just over two weeks ago, Wayne Rooney announced he was quitting international football with immediate effect. England manager Gareth Southgate had wanted to include the Everton player in his plans for the World Cup qualifiers but accepted that the 31-year-old wanted to hang up his international boots.

This decision could well be a very expensive one, both financially and to Wayne Rooney’s reputation, as while the England team were playing in Malta, the former England Captain was allegedly on an all-day drinking binge. After leaving training at 4pm, Rooney went drinking with friends. At just after 2am he was arrested by Cheshire Police and found to be over the drink drive limit. What makes matters worse for Rooney, who is married with three children, (and another one on the way) is that he was taking a woman home when he was stopped by police.

Former England Captain Wayne Rooney was arrested for driving while over the legal limit.

When Rooney announced that he was quitting international football, many football pundits took to social media and the press to head praise on England’s all-time record scorer. Alan Shearer said of Rooney;

Wayne doesn’t always get the appreciation he deserves from some of the fans but he served his country with grace, with honour, with passion and with commitment. Unlike a lot of England players, he was never one to pull out of a squad for anything other than a serious injury. And having spoken to him, I know what great pride he got out of being captain. He loved the job and everything that went with it. So, you can’t fault his attitude. He gave absolutely everything to England and is their record goalscorer on 53. All I can say now is congratulations to him.– Alan Shearer, former England footballer

Everton manager Ronald Koeman said before the Premier League game with Chelsea that Rooney had been influential both on and off the field in the short time he has been back at Everton since his return to the club he left in 2004. Commenting on the player’s retirement from international football, Koeman said; “he’ll be more fresh and will get some days off next week.” I somehow doubt that spending time in a police cell is the rest that Koeman was thinking about! His manager is likely to be embarrassed after publicly stating that the youngsters will learn from Rooney and that he wanted Rooney to act as a mentor.

It’s a sad twist in the fairy-tale of Wayne returning to the team where he made his name initially and supports passionately. On the field, Rooney has been in fine form for Everton, more composed in his play which is a lot better in his performances than some of his later cameos for Manchester United, in which he resembled a headless chicken. His three goals show he still offers a goal scoring threat, even at 31.

Rooney – No Stranger to Controversy

It is not the first time that Rooney has been on the front pages of the newspapers as he has been the subject of adulterous accusations on at least three occasions. His wife, Coleen, is expecting the couple’s fourth child and learnt of Rooney’s arrest whilst on holiday in Majorca. Only a couple of weeks ago, Coleen announced the news that the couple were expecting.

While the situation is gravely serious, Football fans on social media of course managed to see the funny side of things, with one person writing, “On the positive side Wayne, you do realise that if Coleen gets 50% of everything in your divorce, she will have 2.5 more Premier League medals than Steven Gerrard”.

Other Footballers in Trouble

Rooney is certainly not the first to be caught for drink driving and it’s doubtful he’ll be the last. Footballers have a long history of issues with the “demon drink”. Here are some of the most famous;

Yaya Toure – Back in December 2016, Manchester City’s Yaya Toure was given a record £54,000 fine and banned for 18-months for drink driving. The teetotal Muslim stated that he thought he was drinking Diet Coke which he poured from a jug. The jug actually contained brandy and resulted in Toure being twice over the drink drive limit. The judge accepted that it wasn’t an intentional act but questioned how someone who was so much over the limit, wouldn’t have realised that he was drunk.

Tony Adams – Tony Adam’s battle with addiction is well documented. Whilst club captain at Arsenal he crashed his car into a wall after consuming over four times the legal limit to drive. As a result, Tony spent three months in Chelmsford Open Prison.

Jermaine Pennant – If we handed out the Ballon d’Or for stupidity then Jermaine would surely be a contender! When he crashed his Mercedes into a lamppost he gave his name to police as “Ashley Cole”, at the time you’d struggle to find a more famous person than Ashley Cole so unsurprisingly Pennant was arrested and spent three months in jail. He achieved infamy when he became one of the first players to participate in a football game wearing a tag.

George Best – One of the greatest footballers ever to have lived and also one of the heaviest drinkers. In 1984, Best spent Christmas at Her Majesty’s pleasure when he was sent down for three-months. Not only was he convicted of drink driving, he also was charged with assaulting a police officer.

Rio Ferdinand – A young Rio Ferdinand lost his place in the England team after being convicted in 1997. Glenn Hoddle dropped the eighteen-year-old from the Three Lions team as punishment. It looks like Rio hadn’t learnt his lesson as he has been banned a total of four times for various offenses over the years.

There is a lot more stigma around drink driving today than there ever has been. Yet with a total of 20,434 people charged with being in charge of a motor vehicle while over the legal limit in a ten-year period in England and Wales, it still remains a problem.

Whilst footballers and ex-professionals still in the game obviously feel the shame of the public humiliation when caught, I struggle to think of any instance when it has been terminal for a career.

Another high-profile person caught drink driving this week is Sky Sports presenter Kirsty Gallacher. Kirsty was caught at 11am driving erratically and was found to be three times over the drink drive limit.

Worryingly, she was caught on the way to pick up her children. Do you think Sky will sack her? I don’t! 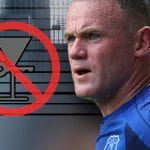 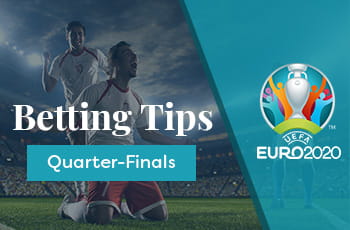