Rob Cross has sensationally won the World Darts Championship with a stunning 7-2 victory over Phil Taylor and has immediately set his sights on becoming the best ranked player in the world.

Rob Cross has stated that his historic victory over Taylor is just the beginning and that he will get even better over time. He has declared that his ultimate goal is to top the rankings table. This is currently held by Michael Van Gerwen, a player that Cross beat in the semi-finals on his way to being crowned this years’ PDC World Champion.

Rob Cross has set his sights on becoming the number one ranked darts player in the world.

The 27-year-old from Pembury only turned professional 11 months ago, but produced a shock result by beating legendary Phil Taylor 7-2 in the final of the PDC World Darts Championship.

Taylor is regarded by many as the greatest darts player of all time and has been crowned world champion a remarkable 13 times in 16 years between 1995 and 2010. This was supposed to be a swansong victory for Taylor who had announced his retirement from the sport before the tournament began.

Despite his short time as a professional player, Cross had started to turn heads with his performances in the 2017 UK Open, a competition often described as the FA Cup of darts due to the fact that anyone can enter. Cross reached the fifth round and was knocked out by eventual winner Peter Wright. That result, along with good victories in the 2017 PDC Pro Tour, saw Cross start the PDC World Championship as 20th seed.

It is an often-used cliché in sport that champions need a slice of luck, however, it’s fair to say that Cross didn’t just ride his luck, he was popping wheelies whilst doing 90.

In the game against Michael Smith his opponent had two chances to win the match but failed with two match darts. This pales into insignificance when compared to the six match darts he survived in the classic semi-final against Michael van Gerwen. In fact, Rob Cross became the first player in the history of darts to survive match darts in two different games and go onto win the world title.

It would be an injustice to put this astonishing victory all down to luck however, as he proved when he stunned Taylor 7-2 in the final. Cross’ average score in the game was over 100 with finishes of 153, 167 and 140 and scored 66 180’s in the tournament, 16 more than his closest challenger. The changing of the guard was there for all to see, while one star fades another is born and is starting to shine brightly.

Phil Taylor was quick to heap praise on the new champion, acknowledging he didn’t have the fight left in him to beat the newcomer, saying:

He was like me 25 years ago, it was like I was at the end of my career and he’s at the beginning. It was an old man against a young man. It was mismatch really … I didn’t have the energy to beat him.– Phil Taylor, Darts player

Cross has performed miracles in his first year as a professional and it seems his pledge to topple Michael van Gerwen would appear to be only a matter of when and not if.

One thing is for certain, with Cross being 27 and world number one Michael van Gerwen being still a relatively young man at 28, we could see a fierce rivalry being born that could easily last a decade and rekindle memories of classic darts rivalries such as Jocky Wilson v Eric Bristow and Adrian Lewis v Peter Manley. 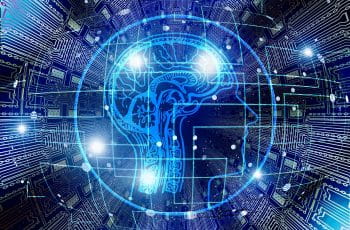