World Champion Rob Cross has been knocked out of World Matchplay held in Blackpool by Darren Webster. Cross’s reward for his surprise victory is a last eight clash with Mensur Suljovic. Peter Wright is also victorious and will meet Simon Whitlock in the next round.

PDC World Darts Champion Rob Cross has been defeated in his last-16 match up with 50-year-old Darren Webster. Cross stunned the darting world when he beat the 16-time world champion Phil Taylor on New Year’s Day 7-2 to claim the title.

Cross had been the bookies’ second favourite behind Gary Anderson to claim the World Matchplay, his chances of winning seemingly increased with the surprise win for Jeffrey de Zwaan over Dutch compatriot Michael van Gerwen.

However despite the world champion averaging over 100 it was his inability to land doubles that gave the world number 14 a chance to pull off a remarkable victory. It was far from easy though for the Norwich born professional as Bob Cross fought from 3-1 down and 5-3 down to level the match at 5-5.

While Cross was missing his doubles, Darren ‘Demolition Man’ Webster had no such problems and won the next three sets in a row and victory was in sight when once again Cross missed a double to give Webster a 10-6 lead.

Confidence was high for Webster and in the last set he completed a 15-dart finish to win the match by an 11-8 score line.

Webster’s opponent in the quarter-finals will be Mensur Suljovic who gained a hard fought victory over Ian White. The Serbian born player who is ranked at number six in the rankings will be appearing in the quarter-finals for the third time, matching his best ever performance after achieving the same feat in 2015 and 2017. After the match he admitted his performance wasn’t his best and that there are more fancied players than him still in the competition. He said:

My performance was not that good, but I am so happy that I won, It was a very hard game, Ian is a good player. There are lots of good players in this tournament who are favourites ahead of me but I will keep trying my best to win.– Mensur Suljovic, Darts player

World number two Peter Wright is also into the quarter-final after a routine win against Belgian Kim Huybrechts. Wright was in scintillating form as he averaged over 105 per visit to the oche. In the seventh set Wright produced one of the moments of the tournament with a 121 finish on the bull to open up a commanding 5-3 lead.

Wright’s class was beginning to show as he edged further in front and his persistence paid off, winning the match 11-5. A comfortable win in the end but a thrilling contest nonetheless. Wright attributed his victory to changing his darts. He told Skysports:

It’s only two games I’ve played with these darts. I knew when I got back from Shanghai that I had to change them. I went through 30 sets of darts, different set-ups and everything, and two days before leaving for here I got the new ones.– Peter Wright, Darts player

Full draw for the quarter-finals 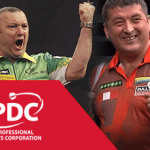 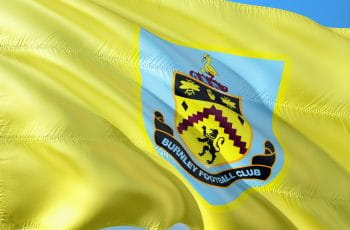