We are now just days away from the World Cup and the opening match on Thursday.

That means our group preview series is coming to an end, but not before one last installment, as we look at Group H.

Group H contains Poland, Senegal, Colombia and Japan. While free from any huge names in international football, this is a tricky group featuring strong teams and we think this is a particularly difficult group to predict and definitely one that could prove entertaining viewing.

We’ve missed Senegal at the World Cup over the last 16 years. The team are always exciting to watch and were quarter-finalists in 2002.

After a disappointing period, the team look back with a vengeance. Unbeaten in six qualifying matches, the team is strong, with a good mix of youth and experience. However, the qualifying group hardly offered up tough opposition, so this is definitely a step up in terms of opposition.

Despite their strength, Senegal are not being tipped by the bookies to qualify. With Poland and Colombia favourites to go through, Senegal will have their work cut out, and it all could come down to the final match against Colombia on Thursday 28 June.

The Lions of Terranga won’t mind about being underdogs though. Expect them to play flowing, attacking football, with a strong possibility of goals.

Senegal start their campaign with a crunch match against Poland on Tuesday 19 June.

The Senegal squad is full of talent that many Premier League fans will know. Liverpool’s Sadio Mané is the standout player and will cause the opposition defences in this group all sorts out problems.

Mané is as good an attacker as anyone, but Senegal are strong all over. Napoli’s Kalidou Koulibaly is an imposing defender, who is protected by West Ham’s Cheikhou Kouyate and Everton’s Idrissa Gueye in midfield.

Monaco’s Keita Balde Diao is a youngster that is definitely one to watch.

Poland have been a regular feature in international tournaments, performing strongly in qualifying but yet to go on a real great run.

Eight wins from ten qualifying games, scoring 28 goals in the process, shows how strong this team can be, but replicating that sort of dominance in a tournament is the next step up for Poland.

While this is a tricky group, Poland can be happy they are not facing any big boys and that they, along with Colombia, are tipped to go through. Manager Adam Nawalka has experience at this level, having taken Poland to the quarter-finals in the last EUROs, and with a team that have almost all played at this level before, there is no reason Poland should not do well here.

One weakness is perhaps the defence. Despite dominating their qualifying group and scoring freely, Poland conceded 14 goals against less than stellar opposition. They will need to shore up at the back if they want to go far.

Striker Robert Lewandowski is without doubt the star man in Poland’s team. The top scorer in qualifying, Lewandowski will be tightly marked by opposition defenders, but will still be the likely goalscorer for Poland.

Robert Lewandowski was top scorer in qualifying and is the danger man for Poland.

Poland’s strength comes from team unity, but elsewhere, Napoli’s Arkadiusz Milik supports Lewandowski and is just as deadly. Fellow Napoli teammate Piotr Zielinski had a great season and at 24 years of age he could gain much interest from Premier League teams should he have a good campaign.

Ex-Arsenal keeper Wojciech Szczesny and Lukas Fabiansi are the two goalkeeping options and both a solid option.

Colombia were one of the highlights of the 2014 World Cup in Brazil. A fantastic run saw them reach the quarter-finals by playing some captivating attacking football.

Fans will be expecting much of the same and Colombia should at least get out of this group.

Coming out of the notoriously difficult South American qualifying group, Colombia are experienced against tough opposition. It was tight though, with things going down to the final match-day and Colombia qualifying by just a point.

Nevertheless, the team is improved if anything from 2014. A consistent team selection from manager Jose Pekerman means the players are used to playing together, while the defence has improved since the World Cup.

The lack of a real central midfielder to control the game remains the main issue for Colombia, but they are strong in all other areas. Favourites to top the group, Colombia play their first match against Japan on Tuesday 19 June.

Playmaker James Rodriguez burst onto the scene in the 2014 World Cup with some fantastic performances and goals, as he earned the golden boot at the tournament.

He is the star-man, but Colombia have other fantastic attackers, such as Monaco’s Radamel Falcao and Juventus’ Juan Cuadrado.

As we mentioned earlier, Colombia have also strengthened at the back. Davinson Sanchez had an impressive first season at Tottenham, while he is partnered with AC Milan’s Cristian Zapata.

Japan are the underdogs of this group, but can count a solid back-line in their efforts to reach the knock-out stages. Japan qualified above Saudi Arabia and Australia in their group and conceded just 7 goals in the process.

That defensive resilience will certainly be needed in this group, as Japan face three of the most attacking teams in the world.

The problems lie in the team’s lack of attacking options among an ageing squad. The team also have a new manager in Akira Nishino after Vedran Halilovic was sacked despite leading Japan to qualification. That is hardly the optimal time to change managers and it means Japan are somewhat of an unknown heading into a World Cup.

Japan’s team is packed with familiar names, though I think it’s fair to say that most are past their best.

Shinji Okazaki, Shinji Kagawa and Keisuke Honda are the names most know and Okazaki’s goals, combined with the exploits of the other two in midfield, will be key if Japan are to succeed.

But perhaps Japan’s biggest attribute is its defence, where Maya Yoshida’s experienced head will be vital.

Colombia and Poland are favourites to go through, but it would be foolish to count out Senegal. Japan could be a thorn in any team’s side and while we don’t expect them to go through, Japan taking points from the other teams could prove vital.

In such a tricky group, we think the experience and solidity of Poland will lead to them coming out on top. It’s risky, but Poland to top the group is a great price of around 7/4. 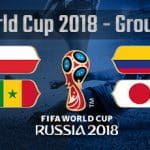 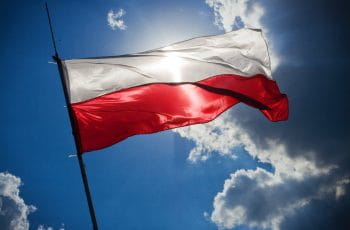 STS to expand across Europe after BetConstruct deal 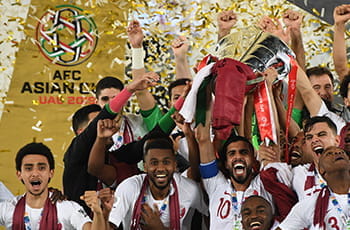 Qatar wins the Asian Cup with a victory over Japan 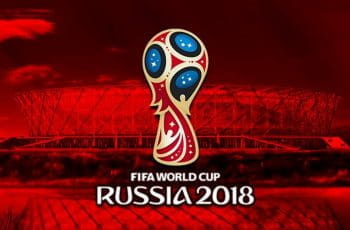