With the World Cup just a week away we finally reach England’s group in our series of previews.

The Three Lions are shaping up well in their preparations with a string of good result and face what looks like – on paper at least – a favourable group.

By far the biggest threat is Belgium. A team of individually talented players, Belgium haven’t really made it work as a team on the international stage with their golden generation just yet. Panana and Tunisia are the other two teams joining Belgium and England, though both will have their work cut out to qualify.

Belgium will be the favourites to top this group. It’s undoubtedly a golden generation, with world class players scattered throughout the team. Dropping points just once in qualifying, Belgium head into this tournament in-form.

So far though, this team has underperformed at international level, highlighted best when they went out to Wales in the 2016 EUROs.

Most expect them to do better here and it could be the tournament where all the individual talent gels together. Whether that will happen depends a lot on new manager Roberto Martinez. He himself is inexperienced at this level and many believe that he is a weak component and will threaten Belgium’s chances.

The pressure is on for Belgium then, but we think they will shine, at least in the group stage. They face Panama in their opening game on Mon 18 June and should start with a straightforward win.

Belgium have two of the Premier League’s – and perhaps the world’s – best players in Kevin de Bruyne and Eden Hazard. Fellow Premier League player Romelu Lukaku will lead the line and is the man expected to get the goals.

Belgium are also strong at the back. Chelsea goalkeeper Thibaut Courtois is one of the finest in the world, while he is shielded by three world class defenders in Vincent Kompany, Toby Alderweireld and Jan Vertonghen.

England are the other big team in the group and though they perhaps weren’t as clinical as Belgium in qualifying, they still managed to top their group.

England didn’t get out of their group last time around and haven’t been past the last 16 since 2004. But this is a slightly new look England, with a new manager and the team is undeniably stronger in most areas than at the last World Cup.

The pressure on the players – mostly down to a ruthless English media – remains however and how the players handle that could be key. England are on a great run of results and have held their own against the world’s best lately, but the team’s problem has always been replicating that in competitive football.

Gareth Southgate has adopted a 3-4-3 system that seems to play to his squad’s abilities and makes England dangerous down the flanks. The midfield is still perhaps a little un-creative however and it will be interesting to see how the team fare against stronger teams.

The group has been kind to the Three Lions, who should look to beat both Tunisia and Panama to ensure qualification before meeting Belgium in the final group match.

England lack the world class individuals of Belgium, Brazil or Argentina, so it is vital that the players play as a team.

That said, England do possess one of the world’s most dangerous strikers in Harry Kane. Kane has scored six goals in five games since being named captain of the team, including one in England’s last friendly, a win against Nigeria last week. His goals will be vital if England want to go far in the competition.

England will rely upon Kane for goals in the World Cup.

While England do not possess superstars, there are plenty of players from the Premier League’s top clubs. Kyle Walker was a vital cog in Manchester City’s record breaking team this season, while Harry Kane’s Tottenham teammate, Deli Alli, will shoulder the responsibility for creating goals.

Raheem Sterling had a fine season with Manchester City and his speed and direct approach will be difficult to deal with for any side.

This is Panama’s first World Cup finals and they have every right to be here, having beaten the USA and Honduras to finish third in the CONCACAF qualification group.

Whether they are ready is another question though as Panama has struggled against opposition of the quality of England and Belgium, as evidenced recently when they were thrashed 6-0 by Switzerland.

Ironically, a solid defence is their strength, so scorelines of that nature shouldn’t be the norm. Panama kept four clean sheets in ten qualifying games, but a warning sign is that they qualified with a negative goal difference. That is down to their lack of firepower up front, which could cost them in this tournament.

Román Torres plays in defence but is vital at both ends for the team, having scored two goals in qualifying. Goalkeeper Jaime Penedo is the most experienced player with 130 caps.

Tunisia perhaps stand a better chance of qualification than Panama as they feature in their first World Cup since 2006.

With just four goals conceded in qualification, defensive solidity is clearly a strength of this team. But, Tunisia also have creative midfielders in their team, along with fullbacks given licence to roam forward.

The qualification group wasn’t particularly tough and there have been some key injuries to the team, meaning getting past the group will be a big ask.

Nevertheless, Tunisia will see themselves as capable of beating Panama and if they can frustrate England in their opening match on Monday 18 June, then they could make a go of things.

Tunisia’s strength derives from three midfielders who have a good understanding of playing with each other. Youssef Msakni, Wahbi Khazri and Naïm Sliti could cause opposition defences problems and shouldn’t be underestimated.

Despite England’s poor records in World Cups in recent years, we still think they’ll make it through here. They may have to settle for second place though, with Belgium the favourites.

Tunisia and Panama have their work cut out for them and will really have to battle. Tunisia are the superior side and we see them giving England some problems and beating Panama. With that in mind, we think that Tunisia getting over 2.5 points or finishing third at around even money is a solid bet. 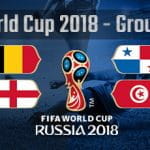 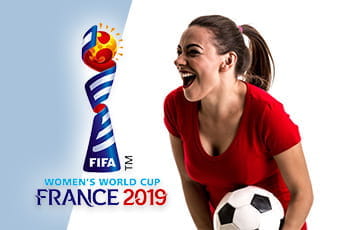