River Plate have been crowned Copa Libertadores winners after a dramatic extra-time victory over rivals Boca Juniors. River Plate fought back from a goal down to beat 10-man Boca Juniors.

The delayed 2nd leg of the Copa Libertadores finally took place and it was River Plate who emerged as victors, beating bitter Argentine rival Boca Juniors to the title. Juan Quintero was the star of the show, as his 109th-minute stunning strike gave River Plate the advantage.

As Boca Juniors ordered everyone forward for a corner, including goalkeeper Esteban Andrada, Boca was hit with a sucker punch and Gonzalo Martinez was able to run the ball into the empty net.

The frantic end to the game was in stark contrast to the first half of football which was low on chances and entertainment. Many of the early chances fell to Boca. Pablo Pérez was unlucky not to score with goalkeeper Franco Armani and a deflection denying the player who was wearing an eyepatch a fortnight ago after the coach attack.

Boca’s pressure paid off and they took the lead shortly before half-time. Dario Benedetto gave the keeper no chance with a smart finish after a swift counterattack. Nahitan Nandez played a perfectly weighted pass to Benedetto, who skipped past the last defender and hit a confident shot. The Boca striker celebrated his goal by taunting River defender Gonzalo Montiel.

The lead didn’t last long with Lucas Pratto equalising for River early in the second half. The former Barcelona man marked his return to Spain by slotting home after a good period of passing play.

With no winner at the end of normal time the match entered extra-time. Boca Juniors had the worst possible start when midfielder Wilmar Barrios was sent off for a two-footed challenge on Exequiel Palacios. As the player had been booked early in the match the referee had no hesitation in dismissing him.

Penalties looked inevitable. Youngster Julián Álvarez went close with a couple of shots but the 18-year-old hit marginally over as Boca held on. The game was effectively over as a competition when Quintero put River Plate ahead with a thunderous effort that went in off the bar. With Boca Juniors desperate for the equaliser, they left themselves short, and the goalkeeper was left stranded as Martinez fed the ball into an empty net to put the match beyond them.

Before the game, there were fears that violence that marred the first leg would flare up with media reports of a group of 400 to 500 “especially violent” fans from Argentina making the long trip to Madrid. Spanish authorities deployed 4,000 security personnel and despite these fears the behaviour of the fans who travelled was good.

The same cannot be said of River Plate fans in Argentina who clashed with police in the early hours of Monday as they celebrated. Over 20,000 fans flocked to the Obelisk monument in the Argentine capital of Buenos Aires.

Local newspapers described scenes of large groups of drunken fans who were causing damage to property as well as attacking members of the public. The gang started throwing objects at the police who used tear gas in retaliation. It is believed that two police officers were injured and at least 20 people were arrested.

It was violent scenes and the attack on the Boca Juniors team bus that led to the highly controversial decision to move the game from Argentina to Spain by the South American Football Confederation CONMEBOL.

Argentina president Mauricio Macri was quick to praise the behaviour of the travelling fans. In a series of tweets, he praised the maturity of the supporters who had made the trip. He also took the opportunity to distance the people causing the trouble from either fan base, saying:

The exemplary behaviour of the thousands of Argentinians that travelled to Madrid proves that the problem of our football is not our fans but a bunch of delinquents that use mafia violence to defend their businesses.–Mauricio Macri, President of Argentina

President Macri continued that the game would live long in the memory and as a Boca Juniors fan he congratulated River Plate and their fans on the win but hoped his team would have an opportunity for a rematch.

Prior to the match, Boca Juniors’ appealed to have River Plate disqualified from the Copa Libertadores final due to the behaviour of the club’s supporters, but this was rejected by the Court of Arbitration for Sport. 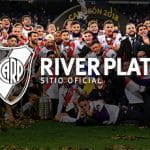