Premier League players have announced a fund to help generate funds for the National Health Services. Called #PlayersTogether, the initiative will raise money that will be distributed by the NHS Charities Together (NHSCT). 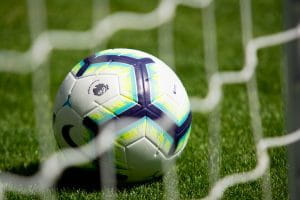 Players including club captains Jordan Henderson, Harry Kane and Harry Maguire announced via Twitter on Wednesday evening a joint statement outlining the fund. Confirming the players had taken a collaborative approach, it detailed that the vision was to create a contribution fund that can be used to distribute money to where it’s needed most in this COVID-19 crisis. The statement details how the fund idea was developed after “extensive conversations between a huge number of players from all Premier League clubs.” It details the confidential nature of the fund, saying;

‘#PlayersTogether is about we, as players, collaborating together to create a voluntary initiative separate to any club and league conversations, that can help get much-needed funds to those that need it right now. To try and help, along with so many others in the country, make a real difference.

How the Agreement Works

Detailing how the NHSCT works, the statement reads; ‘NHSCT is the national umbrella organisation for over 150 registered NHS charities, working closely with the Charity Commission, Department of Health and Social Care, and NHS England to represent, champion, and support the NHS’ official charities. NHSCT is the official charity partner of the NHS nationally.

In the final paragraph the statement says;

‘Our prayers and thoughts go out to everybody affected by this crisis. By sticking together, we will get through this. Stay home. Protect the NHS. Save Lives.’

Public reaction to the setting up of the #PlayersTogether initiative has been positive, seen by many as a perfect response to criticism of the high earning players. Players are still earning high wages, despite all sporting action being cancelled due to the coronavirus crisis. There had been calls for players to have a mandatory pay-cut, especially as some clubs had furloughed some staff while still paying players thousands per week.

Health secretary Matt Hancock used a Downing Street press briefing to call on Premier League footballers to give up some of their wages to prevent clubs seeking to use taxpayer money for those being placed on leave.

Hancock said it was wrong for clubs including Tottenham, Norwich, Bournemouth, Newcastle and Liverpool to utilise the government’s generous job retention scheme for non-playing staff while still paying multi-million-pound salaries of their players.

Liverpool did originally furlough many of their non-playing staff, with a promise to pay 20% to ensure staff received 100% of their wages. The club later reversed this decision and apologised, driven mainly by a public outcry over the club’s actions. Ex-player Jamie Carragher was among many who condemned the club’s original decision.

Talks had been ongoing between the Premier League and the player’s union regarding a universal pay-reduction for all players; however, no agreement could be reached. Hancock, on hearing of the new initiative by the players said he “warmly welcomed the big-hearted decision”. 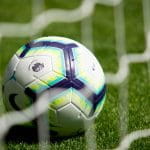