They say never in life; discuss religion, politics, or try and predict the finishing position of the league table before a ball has been kicked. Inevitably, if you break this rule, it leads to heated debates and arguments. At the very best, you look like an idiot when you tip Leeds for the drop and, they clinch the Premier League on the last day of the season. However, never one to shy away from a debate, here is our view on the teams competing for the Premier League this season; 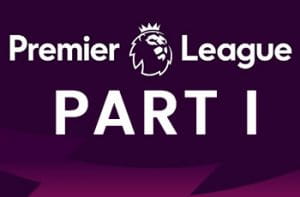 Arsenal is a team to watch next season with two titles (FA Cup and Community Shield) already this year, turning what could have been a disappointing year, into a successful one. They have made adequate reinforcements, especially in their defence that has been an area of weakness in their side for the last decade. The Gunners have the Premier League Golden Boot runner-up, their captain Pierre Emerick-Aubameyang, although they are yet to pin him down to a new contract. It’s hard to tell that manager Arteta is less than a year in at the post at the Emirates, with his influence already blooming in the dressing room. The cup wins do distract from what was a very poor Premier League by their standards. The manager may have escaped scrutiny this season but failure to land a top-six spot this season will have the patient viewers of Arsenal Fan TV screaming at their mobiles.

Their objective will be qualifying for the UEFA Champions League after a three-year hiatus, they are in the Europa League, and you wouldn’t be surprised if they didn’t put up a decent defence of the FA Cup.

Perhaps Aston Villa’s best business in the transfer market would be to keep their captain Jack Grealish. This situation appears increasingly likely with reported interest from Manchester United seeming to cool for the Englishman who made his international debut in the disappointing draw with Denmark this week. They were looking for attacking reinforcements, with Callum Wilson of Bournemouth mooted as a potential target, but Villa’s hopes of signing the striker were dashed after the Coventry-born player joined Newcastle in a £20m deal recently. The signing of Brentford striker Ollie Watkins for £28m (£33m with add-ons) is a record buy; the 24-year-old has scored 26 goals in the Championship in 49 games. They are also linked with Manchester United goalkeeper, Sergio Romero. They survived the drop last season by just a single point, a late resurgence of form saved the Midlands team. Can they survive again? Possible but not looking likely.

Maupay the New Talisman at the Falmer Stadium

Aaron Mooy was one of the stand-out players last season, making 32 appearances and was instrumental in the victories against Arsenal (2 – 1) and Tottenham (3 – 0). He has since left for the Chinese side Shanghai SIPG, a big loss for the side. It’s surprising how Lewis Dunk has stayed at the club for this long, amid big interest from the top sides, the no-nonsense defender is a big figure in the backline and acts as cover for the impressive Mat Ryan between the post. Upfront, Neal Maupay showed signs of improving his goal tally of 10 towards the end of the season. The former Brentford man scored an impressive 25 goals in the Championship two years ago. The 24-year-old has big shoes to fill as Glenn Murray departed the club, the veteran has joined Watford, he scored 23,12 and 13 goals in three seasons.

A side that epitomises team spirit but also has one of the worst squads individually and in terms of depth. Sean Dyche has worked his magic at Turf Moor and has kept the squad safe without relegation threat over the years, even qualifying for European football in the 2017-18 season with a record 58-point tally for the club. They will have to sort out the internal turmoil with the manager said to have differences over lack of investments with the board looming a potential exit. It will be a huge blow if they lose a man that has given the side an identity and a rhythm that could be hard to replicate. They currently need a central midfield, a winger, right back and a centre half just to paper over cracks, a big ask for any club. Their highlight of last season was their unbeaten run of seven games, beating Manchester United, Southampton, and Leicester City and credible draws against Arsenal and Spurs. The squad looks leaner having shed off some big salary stars, Joe Hart, Aaron Lennon, and Jeff Hendrick but without significant incomings will expect them to fall from the dizzy heights of 10th.

The Blues are back, with Frank Lampard doing his best Harry Enfield “loadsamoney” impression by scooping up Europe’s most exciting prospects. Last year, Chelsea looked toothless up front, new boy Timo Werner could well prove to be the answer to that, the German youngster has scored 104 goals in 251 games in all competitions, 20+ goals a season seems almost a certainty. Chelsea’s midfield is also strengthened with the signing of Hakim Ziyech, an exiting player in the mould of Mo Salah who made 12 assists and scored six goals in 21 games for Ajax last season.

Frank Lampard was by many, expected to struggle in his first season at Chelsea, a transfer ban and a team in turmoil led to many expecting a top ten finish at best. However, Lampard worked well with the youngsters at his disposal and did well in the league, unluckily pipped to third place on goal difference. The season ended in disappointment, losing to rivals Arsenal in the final of the FA Cup. They have spent big and will expect to challenge, certainly dark horses for a realistic challenge, much depends on how quickly the new boys settle.

The Eagles have lacked ambition over the few years, establishing themselves as a relegation beater, with escaping the drop seemingly the club’s only desire. Luckily for Palace, they normally start a season well, before falling like a rock in the later stages. Last season, Palace won just four of the last 19 games, including a run of seven straight defeats at the end.

Wilfred Zaha started last season hoping to complete a move to Arsenal but was eventually snubbed for fellow Countryman Nicholas Pepe, who managed just four goals and three assists in the previous campaign. Jordan Ayew was their best man in front of goal with nine goals, which in itself tells you Palace’s problem, they scored the second-lowest number of goals last term, hitting the net just 31 times. To put that figure in context, Vardy and Salah between them scored 36 goals last season. For a club that has yo-yo’d between the first and second division for fun (promoted and relegated six times in six years from 1992), they have had a surprisingly long stay in the top-flight, having gained promotion in the 2012-13 season. Should be one of the favourites for relegation but the vast experience of their 73-year-old manager should see them safe, former England manager Roy Hodgson has managed 16 different teams in eight countries.

James and the Sleeping Giant

No-one can accuse billionaire Farhad Moshiri of not putting his money where his mouth is. Since he bought a 49.9 per cent stake in the club in February 2016, the club has spent over £500m on new players, yet still hadn’t finished in the top six since 2014, when Romelu Lukaku was still a Toffee. They have been careless in their business, spending huge loads of money on expensive flops. Carlo Ancelotti now realises the gravity of the task at Goodison Park as the fifth permanent managerial appointment in four years. His priority this window is the midfield, he has already brought in Allan, who he worked with back in Napoli, who will be useful as a defensive player. The squad is very talented but needs guidance and experience, perhaps getting more experienced figures would be a good idea for the likes of Moise Kean and Calvert-Lewin who are promising youngsters in the Everton team. Fans of the club will no doubt be delighted with the somewhat surprising signing of Colombian attacking midfielder James Rodriguez from Real Madrid. The 29-year-old joins the Toffees on a two-year contract, with the option for a further season. The player, who was entering the last year of his contract, was in the top six for most creative players in his time at La Liga.

Mitrovic is back in the Big Time

Alexandar Mitrovic, Fulham’s player of the season, will be the London’s club biggest asset, scoring 26 goals that aided their promotion. The Serbian has previous Premier League experience, scoring 11 goals in 37 games in the 2018-2019 season. They have ambitious plans to bring in Bertrand Traore from Lyon; the 25-year-old forward has publicly stated he needs playing time and could leave, although Fulham is likely to face competition from Everton for the player. The club’s biggest signing so far is 24-year-old attacking midfielder Anthony Knockaert from Brighton. The Frenchman offers a reasonable amount of goals and assists (33 goals and 22 assists in 225 games) but can often be crucial in games, taking the man-of-the-match award in 10% of the games he plays (21 in 225). Mario Lemina has joined on a season-long deal from Galatasaray and will give the squad huge experience in front of the solid Hector Michael who has been a rock since joining from Chelsea. Joe Bryan might be a wildcard for your Fantasy Football teams, the left defender who can also play in midfield, scored three goals and assisted seven last year, taking the man-of-the-match award on six occasions. However, a lack in-depth means this could be a very short stay.

That concludes the first part of our team-by-team guide to the Premier League season which starts on Saturday, join us tomorrow for the second instalment. Already know who will win the league? Our friends at 888sport offer great odds for eventual title winner. 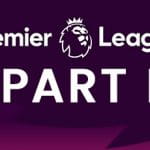