Serbian Novak Djokovic eased past Spain’s Fernando Verdasco in straight sets to reach the quarter-finals at Roland Garros. The 31-year-old beat the 30th seed 6-3, 6-4 and 6-2.

Novak Djokovic has secured a quarter-final match-up with Marco Cecchinato after easily dismissing Fernando Verdasco in the last 16. Roland Garros is a favourite venue for the 12-time Grand Slam winner, having reached the last eight for the 12th time which is a record for the modern era. In reaching the quarter-finals Djokovic also equalled Roger Federer’s record of nine consecutive quarter-finals.

Early signs in the match pointed to a long-drawn out affair with both players having chances to make a breakthrough, but it was Djokovic who took advantage, with his second serve proving particularly damaging. The Serbian lost only one point when his first serve failed.

While Djokovic was able to hold his advantage in the serve, Verdasco struggled, allowing his opponent to twice break serve and gain the upper hand. Perhaps it was the fact that Verdasco had lost six times in a row to Djokovic and had already lost the mental battle, but Djokovic, the 12-time Grand Slam winner, barely looked in trouble.

Pre-tournament, Novak wasn’t considered a contender to win the French Open, mainly due to a year rocked by injuries and a dip in form. However the ease in which he dispatched 34-year-old Verdasco has seen him installed as second favourite behind Rafael Nadal. His chances of progressing to the semi-finals are enhanced with Marco Cecchinato providing the opposition in the next round.

Cecchinato is ranked a lowly 72nd but beat highly respected Belgian David Goffin in his last 16 match. On paper at least, Goffin was expected to make light work of Cecchinato, but the former 7th seed lost to the Italian in four sets 7-5, 4-6, 6-0 and 6-3 to give the Italian his first taste of French Open quarter-final action.

The victory for Cecchinato comes two years after being found guilty of a match-fixing scandal which saw the 25-year-old Sicilian having to serve an 18 month ban.

The ban was reduced to 12-months when a tribunal decided he had intentionally planned to fix a match and the punishment was overturned completely in 2016 when the Italian Olympic Committee quashed the ruling stating that there were irregularities with how the evidence in his conviction was gathered.

This was no doubt a relief for Cecchinato, as the original investigation said it found evidence that Cecchinato and unranked Riccardo Accardi placed a bet on him to lose a match, something that that the Italian continues to deny. After the match Marco was reluctant to discuss the ban but expressed his delight at progressing. He said:

For me, this is the best moment of my life. Maybe it is a dream, because now I’m very happy for this match… For me it is amazing. It is a pleasure playing against Novak in quarter-final at Roland Garros.– Marco Cecchinato , Tennis player

Cecchinato becomes only the ninth Italian man to reach a Grand Slam quarter-final in the professional era and the lowest ranked competitor to reach that stage since 2008. 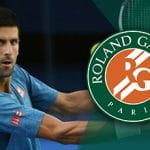 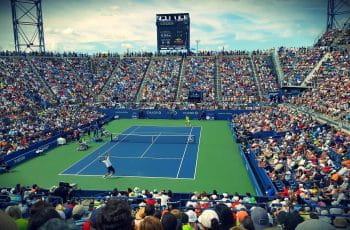 Surprise Winner in the French Open is Good News for Bookies