A ruthless Novak Djokovic dispatched Rafael Nadal in stunning style in the final of the Australian Open. Claiming his record seventh Australian title, the Serb dominated play to win 6-3, 6-2, 6-3.

World number one Novak Djokovic showed exactly why he sits top of the ATP rankings with an almost faultless display against Rafael Nadal. Many had predicted a close battle between the pair but it turned out to be one of the most one-sided finals between a top-ranked pair in recent memory.

Djokovic is a player in form, as this victory at the Australian Open is the third successive Grand Slam title he has won. Spaniard Nadal’s unforced errors made life easy for the Serb. Normally reliable, Nadal made 28 unforced errors compared to just nine from Djokovic.

Djokovic now sits on 15 grand slam titles in total, this victory edging him ahead of Pete Sampras in the tennis hall of fame. Roger Federer’s tally of twenty titles doesn’t seem as improbable as it once did and if Djokovic picks up the three remaining majors this year, tennis could have a new king.

In this form, that scenario could well happen. Elbow surgery saw Djokovic miss action last year and when the 31-year-old returned to the sport his ranking had dropped to outside the elite top 20. Critics who questioned if he would possess the same power after the operation were soon answered when he claimed the title at Wimbledon. A US Open triumph followed in September and the Serb needs victory in the French Open to complete the set of titles. A feat he has achieved once before.

Djokovic has a powerful serve but it was his unnerving accuracy that was the difference in this encounter. Historically, Nadal holds the upper hand in grand slams, still trailing the Spaniard 9-5 in grand slam head to heads. Eight times the great foes have met in the final. Nadal won the 2010 and 2013 US Opens and the 2012 and 2014 French Opens whereas Djokovic took the 2011 Wimbledon final, the 2011 US Open and the 2012 Australian Open.

Many tennis experts were divided over who would claim victory in this match. Nadal supporters were hoping that the Spaniard would return to winning ways after a troubling year with injuries. Something that Djokovic was quick to acknowledge when he picked up the trophy. He praised his opponent for battling through two weeks of a tournament after missing tour games. The Serb praised his opponent’s ‘fighting spirit’ and said he was an inspiration. Djokovic likened it to his own struggles and said:

I’m just trying to contemplate the journey from the last 12 months. I had surgery exactly 12 months ago. To stand in front of you today with the title is amazing. I am speechless.–Novak Djokovic, Tennis player

Nadal admitted that it had been an emotional tournament for him and the last year as a whole had been tough. He took satisfaction from his performance in the Australian Open, revealing that he has been unable to play a professional game since the US Open last year. He said he intends to keep working hard and fighting to win titles.

The men’s final between Novak Djokovic and Rafael Nadal was the last singles action held at Melbourne. The previous day the women’s singles final took place between Naomi Osaka and Petra Kvitova. Osaka won the title by means of a 7-6 (2), 5-7, 6-4 victory and adds the Australian Open to the US Open triumph of last year. The Australian Open title moves her to the top of the women’s ATP rankings. 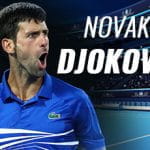 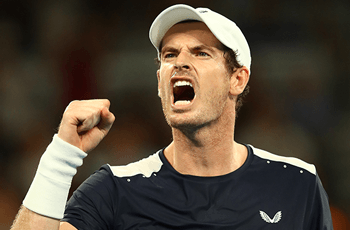