There will be a third European club competition from 2021, UEFA has announced. The new competition will feature 32 teams. The introduction of this tournament will mean an extra place in Europe for English teams.

A new third-tier competition is being introduced by UEFA for the start of the 2021-2022 season. The tournament, which has a working title of Europa League 2, will feature 32 teams and will follow a similar format to the existing Europa League. UEFA said the formation of this new competition was due to “widespread demand” for members to compete in Europe.

The new competition will mean an extra European place is available for English teams.

There will be 141 games in the competition with eight groups of four teams who play each other. The winner of the group will reach the last sixteen. The team that finishes second in the group will face a play-off with a 3rd placed Europa League team.

UEFA President Aleksander Ceferin said the introduction of the new competition will mean more matches for more clubs and more associations being represented in group stages.

This is the second major shakeup of football that UEFA has announced, with this year seeing the introduction of the UEFA Nations League. The intention of that competition was to reduce the number of meaningless friendlies and to structure fixtures so teams of comparable levels play each other. Despite initial reservations about the complexity of the new competition, most fans have enjoyed it so far.

News of this new competition has been met with a lukewarm reception by many. Most of the criticism points out that rather than making European football more inclusive and allowing more teams and countries to take part, the inclusion of teams from top-ranked nations from the start stacks the odds against smaller teams.

Leagues that in the top five of the UEFA’s country coefficients will have one team in the Europa League 2. These countries currently are Spain, England, Italy, Germany and France. Last year Sevilla finished 7th in Spain’s La Liga, which gives an indication of the task that European minnows will face.

The smaller teams’ chances are also hampered by the fact that leagues outside the top five coefficients will have two teams entering the competition. Some strong leagues exist just outside the top five, with the Portuguese, Russian, Dutch and Turkish leagues having a much more developed league than those of San Marino, Kosovo and Gibraltar for example.

There is also the argument that by creating this new competition, UEFA will be sabotaging their own product. The Europa League is often seen as the poor relation to the Champions League. By introducing a lower tier of that competition it is likely to reduce the prize money on offer. Much of the success of this idea could rest with UEFA’s ability to sell this competition to sponsors and broadcasters.

Domestically, it has not been announced if the Football Association plan to make any changes to how English teams can qualify for Europe. Currently, FA Cup winners go into the Europa League. However, if the winners have already qualified for Europe and the losers have not, the runners-up no longer qualify for Europe, with the place going to the highest league finisher, which is usually the 7th placed team. This season Burnley entered the Europa League from 7th with FA Cup finalists Chelsea and Manchester United qualifying for Europe due to their final league positions.

As the Football Association have the ability to change this, they could consider allocating the spot to the losing finalist of the FA Cup, or could even award a Europa League 2 spot for the EFL Cup if they wanted to increase the prestige of that competition. However, this is deemed unlikely. 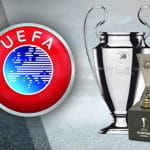 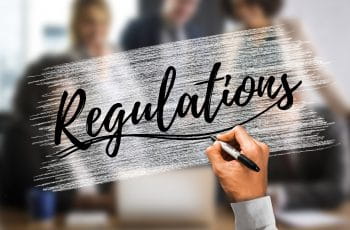