Former British number one Andy Murray made a triumphant return to Grand Slam tennis by beating James Duckworth at Flushing Meadows. Murray is through to the second round of the US Open and will face 31st seed Fernando Verdasco.

Andy Murray had a winning return to Grand Slam tennis. The former British number one has had a lengthy lay-off due to a hip injury.

Three-time Grand Slam winner Andy Murray is through to the second round of the US Open after beating James Duckworth 6-7 (5-7) 6-3 7-5 6-3 in humid conditions in New York. The Scot lost the first set but battled back to win the match in four sets.

The 31-year-old had surgery on a hip injury and was playing in his first best-of-five sets match for 14 months and whilst not playing the best tennis of his career, the Scot was delighted to be back in competitive action. He said:

I was pumped to be back playing in a Slam again. At points in the match I didn’t play amazing. I’m not expecting to play my best tennis right now. But I’m happy to get through the match.– Andy Murray, Tennis player

Murray’s lay-off due to the injury has seen his ATP ranking plummet to 382 but the former number one benefits from the protected rankings rule which enables him to automatically qualify for the next 12 singles and the next 12 doubles events.

The downside for Murray is that being unseeded, he faced the prospect of a much tougher draw. In that respect, being drawn against Duckworth who is ranked at 448 was ideal preparation for Murray, something he acknowledged after the match:

At times it was tricky, especially early on, James was serving big and playing a lot of drop shots and throwing me out of rhythm, but I managed to play some good stuff at times. Then I made a change on the return games – started standing further back to give me more time. It allowed me to get into the rallies and that made me more comfortable. Apart from the fourth set, I don’t think he had many opportunities on my serve throughout the match, so that was positive.– Andy Murray, Tennis player

Murray’s next opponent is 31st seed Fernando Verasco, a player who Murray knows well. The pair have met on 14 occasions with the Spaniard’s only victory against Murray coming in the 2009 Australian Open. But despite his almost impeccable record against the 34-year-old, Murray was quick to acknowledge the challenge that Verasco poses, praising the unpredictable nature of Verasco’s game, especially when it comes to serving.

Murray was dismissive of any talk of him winning this year’s US Open, telling reporters that he hasn’t put in the training to be considered a true challenger. He also said he would have played in more practice games if he had any real ambition to take the title.

The mere fact that Murray is taking part at all is a relief to his many supporters. After missing out on four successive Grand Slam tournaments with his injury, many feared the former world number one may quit. The oldest Grand Slam winner of all time was aged 37 years and 63 days old, so at 31, Murray still has time on his side to achieve further success. 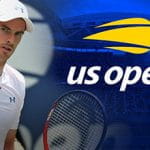