Mbappé and Neymar set for return against Liverpool

The two most expensive players in the world have shaken off injury concerns and are likely to start for Paris St-Germain against Liverpool in the vital Group C clash tonight. Kylian Mbappé and Neymar missed PSG’s last league game but both have been declared fit.

Liverpool’s tricky trip to Paris to face PSG in the Champions League is likely to be made harder with the news that attackers Kylian Mbappé and Neymar have passed fitness tests and are likely to start in tonight’s Group C game.

Kylian Mbappé, who cost £160m when he moved from Monaco to PSG, and Neymar, who cost £198m from Barcelona, both missed PSG’s 1-0 win against Toulouse.

PSG’s formidable duo of Kylian Mbappé and Neymar are expected to return to action after injury scares.

Neymar has been in incredible form for PSG this season. In 11 league appearances,the 26-year-old has scored 10 goals and made 5 assists with an average match rating of 8.48. The world’s most expensive player has also been in prolific form in the Champions League. In 4 appearances, he has 3 goals and an assist. His average match rating is the same as in the league at 8.48. The Brazilian limped off in Brazil’s 1-0 friendly win over Cameroon and a groin strain had made him initially a doubt for the game.

19-year-old Mbappé has been even more clinical than Neymar in Ligue 1. In 7 starts the French youngster has scored 11 goals and made 4 assists. Against Lyon he scored 4 goals in 13 minutes in a fantastic display. His Champions League form is also excellent, with 2 goals and 2 assists in 4 games. Mbappé was doubtful after he landed awkwardly when he jumped over the Uruguay goalkeeper in France’s 1-0 win.

Liverpool manager Jürgen Klopp played down the return to fitness of the pair, stating his team did not fear the duo and due to the internet they know all about the players.

Liverpool have themselves been boosted by returns to fitness from Sadio Mané and Joe Gomez. Mané in particular is good news for Klopp. The 26-year-old has scored in 50% of the Premier League games he has appeared in, finding the net on 6 occasions in 12 games. The attacking midfielder reported feeling ill but was able to take part in a training session earlier this week. Defender Gomez was side-lined for Liverpool’s win over Watford with an ankle injury but was able to travel with the squad to Paris.

Klopp has stated that Egypt forward Mohamed Salah has regained full fitness and is 100% for the PSG clash. The 26-year-old has had a slow start to the season compared to the blistering form he was in towards the end of last season. Klopp blamed a shoulder injury that Salah suffered in the Champions League final but says the player, who has scored six in his last seven, has now fully recovered.

Tonight’s game has the potential to be a classic match with both teams full of attacking flair. PSG are dominating France’s Lique 1 with a 100% record after 14 games. They already have a 15 point gap over nearest challengers Lyon and have scored 46 goals, which is over 3.2 goals per game. Liverpool sit second in the Premier League, three points behind leaders Manchester City. Liverpool average two goals per game but have a tighter defence, only conceding five in the league.

Group C is the closest group at this stage of the competition with all four teams still able to qualify. Napoli top the group level on six points with Liverpool but have a better head-to-head record. PSG are a point behind with five points in third place. Bottom of the group are Red Star Belgrade who are on four points. 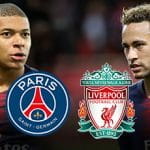