This year’s FA Cup draw has set up a fierce rival clash between Manchester United and Tottenham Hotspur. José Mourinho’s United will face Mauricio Pochettino’s Tottenham at Wembley with a place in the FA Cup final at stake. Chelsea v Southampton is the other tie in the semi-final.

The FA Cup semi-final draw was conducted by Gianfranco Zola, who won the FA Cup with Chelsea in 1997 and 2000, and Petr Čech, who has won the cup five times with Chelsea and Arsenal. With three of the four teams left being part of the big six, a clash of the giants was inevitable and so it was proven when Manchester United were drawn against Tottenham.

Manchester United must overcome Tottenham’s home advantage if they are to progress to the final.

Spurs were the first into the last four demolishing Swansea by three goals to nil. Manchester United saw off Brighton with a comfortable but uninspiring 2-0 win to put them back on track after their disappointing Champions’ League exit to Sevilla in midweek.

This match is set to be the toughest battle in this years’ semi-finals and if the sides play with even half of the potential in the two teams then it should be a fantastic match. Both teams are looking at the FA Cup as their only realistic opportunity of getting a piece of silverware this season. Both teams bowed out of the Champions’ League at home by two goals from their visiting opponents.

Wembley stadium has hosted the semi-final of the competition as a neutral venue since 2008 and Mauricio Pochettino’s side are currently using the national stadium as their home ground while their own stadium, White Hart Lane, is under construction. This has brought a lot of criticism, mainly from Manchester United fans, who complain that playing the match at Wembley will effectively give Spurs a home advantage.

Jose Mourinho’s side will be looking to match Arsenal’s record of 13 FA Cup trophies and although Spurs have won the competition 8 times, they have lost 11 of the 20 semi-finals clashes they have played.

The good news for Spurs fans is that if they do get to the final, they usually win the competition, having won 8 of 9 FA cup finals they’ve played.

Manchester United’s José Mourinho has been playing rotation with his squad, with pundits divided on whether this is a chance to give his talented team playing time or if José simply doesn’t know the best position or even his best team.

Recent disappointing results have seen him fall out with his most expensive transfer Paul Pogba and recently signed and highly paid number seven, Alexis Sánchez. Mourinho has been accused of bullying young left-back Luck Shaw. Pogba and Sánchez were both left out in the quarter-final clash against Brighton and Luke Shaw had the humiliation of being subbed at half-time.

Spurs will be looking at Son for goals as Harry Kane’s fitness is in question having suffered an ankle injury in last week’s win against Bournemouth. This could even put the 24-year-old’s World Cup hopes in doubt. Dele Alli could well prove pivotal to Tottenham’s chances, with many claiming that the 21-year-old is the best young player in the world right now.

Although this is the less glamourous of the two ties, Southampton will be happy with the respite from a gruelling Premier League season, a season that currently sees them in 18th place and in real danger of relegation.

There is a chance that Southampton could “do a Wigan” and win the FA Cup and be demoted from the top league in the same season. If they emulated this feat, they would be only the second team in history to do so.

Chelsea will be looking to play in back to back finals as they lost last year’s FA showpiece 2-1 to Arsenal. Chelsea are likely to be very confident of overcoming a Southampton team but have a patchy record in semi-finals, winning 12 of the previous 22 they have been involved in.

Southampton are set to make their 12th semi-final clash, having won only 4 of the 11 semi-finals they have played. Recent meetings also suggest a Chelsea win as the Saints have lost their last 4 meetings with Chelsea in all competitions and the last time Southampton met Chelsea, they were hammered by five goals to one.

Chelsea gave a spirited fight in the most entertaining clash of the quarter-finals between Chelsea and Leicester City. That game needed extra time for a decider and it took super-sub Pedro to score late and give Chelsea a 2-1 victory.

Southampton had a comfortable 2-0 win away at Wigan, although it took a Cédric Soares’s goal in the 91st minute to calm the Southampton supporters.

Chelsea will be hoping for a continuation of a return to form from summer signing Álvaro Morata. The former Real Madrid player opened the scoring in the quarter-final clash with Leicester and has recently hit a dry spell in scoring. Willian has been Chelsea’s main man in recent games and they will be hoping for more of the Brazilian’s magic when they face the Saints in the semi-final.

It is perhaps very telling of a club fighting relegation that their two best players this year have all been defenders. Jérémy Pied is having a great season and Mario Lemina’s distribution has been great with a credible 88.5% of his passes reaching their target. 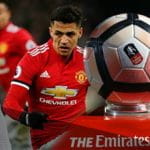 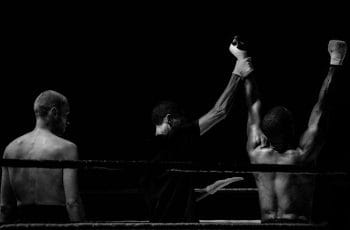