Jose Mourinho feels that his team are better equipped to win the Premier League due to the new arrivals at Old Trafford this summer but admits his team must perform much better if they are to claim the crown that they last wore in 2013. We rate the chances for the team from the red side of Manchester.

There is a growing sense of optimism at Old Trafford this year. The reigns of Moyes and LVG have been consigned to history and new ruler Mourinho is busy rebuilding the kingdom. The departure of 35-year old Zlatan Ibrahimovic, who scored 23 goals, will leave a hole but new signing Romelu Lukaku could be the man to fill that void.

Ins and Outs at Manchester United

Jose deserves some praise for the way he handled the difficult Rooney situation. The transfer of Rooney to Everton was a win-win for both clubs. Mourinho publicly backed the player but at the same time knew Rooney’s contributions to games were declining. Mourinho reduced the game time given to Rooney and this left Rooney with a decision to make, the club’s record goal-scorer left with his head held high.

The title must be the priority this year and after investing £139 million in this transfer window alone, pressure will be on the team to deliver! Last year’s victory in Europe’s second tier competition has allowed Manchester United to sneak into the Champions League, but this could be an unwelcome distraction in their bid to win England’s top prize for the first time since the departure of Alex Ferguson.

I would be surprised if there was any true intent to win the EFL cup (despite being holders). I would expect that competition to be used to give some of the fringe youngsters minutes on the pitch. I think their FA cup journey will be a similar story with Jose aware of how punishing the road to winning the Europa League was last season.

Jose last season was quite flexible in the formations he deployed. No surprises that he favoured 4-2-3-1 in tight games and would switch to 4-3-3 in more open games. He did also tinker with a back three and even the good old 4-4-2.

At the beginning of the season, Mourinho strangely made the decision to partner Marouane Fellaini with Paul Pogba as the two in a 4-2-3-1 formation and for a few games it seemed to work well (until the Manchester City game). Mkhitaryan was somehow banished from the team but his re-emergence later in the season saw better United performances and a more flexible formation.

The title must be the priority this year after investing £139 million.

Weaknesses and Strengths of Manchester United

The problem last season wasn’t creating chances it was putting them into the back of the net and this killer instinct will be needed if they are to have a realistic shot at the title this season. United are likely to play on the counterattack more this year and will rely heavily on pace. Surprisingly they only scored on three occasions on the counterattack last season but with the signing of Matic, this frees Pogba to have a more attack minded role.

The signing of Lukaku should provide the ability to finish off teams. Not only a prolific goal scorer, Lukaku is also a master of the through ball. This should bring another attacking dimension to Jose’s team and gives him more flexibility in his tactics.

A massive weakness last season was United’s record against teams in the top six on the road. Failure to win at Arsenal, Chelsea, Manchester City, Liverpool and Tottenham hit their season hard.

Most Important Players for Manchester United

Paul Pogba – Reading social media you would think that Pogba had a terrible season. He didn’t! Any player joining a club with a world record price tag is going to be under the microscope but Pogba has the self-belief and ability to take that in his stride. Last season his average rating was 7.69 with 11 goals and 5 assists. I predict more assists from Pogba and his on-field relationship with Romelu Lukaku could prove to be key.

Romelu Lukaku – What a strange one this transfer was! All summer long the papers were telling us that United would sign Morata and Chelsea would sign Lukaku but of course the opposite happened. Lukaku, along with Harry Kane, is as much of a guarantee of a 20 goals a season striker that you can get. Questions have been asked about Lukaku’s first touch, but in the pre-season friendly against Valerenga, he scored on his first touch! Another concern has been the perception of Lukaku going missing in important games. In front of 75,000 fans at Old Trafford there is no hiding place.

Henrikh Mkhitaryan – Mkhitaryan had a mixed first year in the colours of Manchester United. He started brightly and then was exiled from September to November. He made only one assist last year compared to 11 the year before with Borussia Dortmund. He has seemingly made peace with Jose and if he can feed Lukaku, he will score! Could be a key player this year.

If you are judging last season just on the Premier League, then it was a disaster! A bright start saw them win the first three games over Bournemouth, Southampton and Hull. They would then lose the next three games which included a home defeat against rivals City and a humiliating 3-1 defeat by Watford.

The end of the season was much more stable, United went on a 25-match unbeaten run but it was the amount of draws that really hurt their title ambitions. United had an incredible 15 draws and only won 18 times in 38 games. This led to the 20-times champions finishing in a lowly sixth position.

With United, the league is only part of the story last season though. Winning the Europa League for the first time in their history and the EFL Cup turned a bad season into a memorable one for Manchester United fans.

Where Will Manchester United Finish?

Bet365 have Manchester United as joint second favourites along with Chelsea at 7/2 to win the Premier League, just behind Manchester City at 15/8. I think this is a fair reflection as I’m going to predict that they will finish a close second to City in the league.

I wouldn’t be surprised if Zlatan Ibrahimovic doesn’t rejoin the club in January time when he completes his recovery from cruciate knee-ligament damage. If this happens and Zlatan can replicate his goal scoring prowess of last season, United could nick it!

Another bet to consider is the top scorer in the Premier League. If you fancy Romelu Lukaku, you can get 4/1 at Bet365 that the Belgian will claim the golden boot this season. 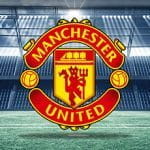