Manchester United manager Jose Mourinho could face a Football Association charge after reacting to the goading of Chelsea coach Marco Ianni. Ross Barkley scored in the 96th minute to rescue a point for Chelsea, sparking jubilant scenes from the Chelsea bench, leading to a confrontation between Mourinho and Ianni.

Jose Mourinho could be charged by the Football Association after reacting furiously to over celebration by Chelsea coach Marco Ianni. Mourinho had to be physically prevented from chasing Ianni down the Stamford Bridge tunnel. If found guilty the Manchester United boss could be facing a lengthy touchline ban as he is already appealing an FA charge relating to swearing at a TV camera in the victory against Newcastle.

Chelsea were facing their first league defeat of the season after two goals from Manchester United’s Anthony Martial had swung the game in the visitors’ favour. This was after Chelsea went 1-0 up in the game courtesy of a header by Antonio Rudiger in the 21st-minute. Substitute Ross Barkley scored his first Stamford Bridge goal in the sixth minute of injury time. Mourinho showed little emotion when Barkley’s goal went in. Tthe 55-year old simply bowed his head in disappointment. This changed when the Chelsea technical assistant celebrated in front of Mourinho, pumping his fists in the direction of him. The former Chelsea boss jumped up from his seat and had to be restrained by officials from both clubs.

Mourinho was angered by a celebration by Marco Ianni in the game versus Chelsea and could face a lengthy ban from the Football Association.

As the melee ensued, the Chelsea crowd turned on Mourinho, shouting insults at the United manager. Jose responded by holding up three fingers to signify how many titles he had led his former club to.

Chelsea head coach Maurizio Sarri stated he didn’t see the incident but immediately apologised to Mourinho for the actions of his coach and promised Ianni would be subject to internal disciplinary action. Despite this apology, the Football Association are believed to have been made aware of the incident in referee Mike Dean’s report and could still charge Mourinho over his reaction to the provocation.

It was somewhat of a surprise that Jose was even in the dugout for this heavyweight clash between the two teams who have won more Premier League titles than anyone else, with United having 13 titles and Chelsea winning the top prize five since the league’s rebranding in 1992. Mourinho was charged by the FA over comments he made after Manchester United’s late comeback win over Newcastle. As Mourinho left the field it is alleged he said ‘fodas filhos de puta’ which translates as ‘f*** off sons of b*****s’ in Portuguese. Delays in the FA consulting lip reading experts subsequently delayed Mourinho’s case being heard, which allowed him to be on the side-lines on Saturday.

In the post-match interview Jose appeared composed and was quick to play down the incident, saying that the assistant was impolite but acknowledged that Chelsea boss Sarri had “taken control of the situation”. Jose claimed the incident was over with as far as he was concerned and accepted that in his career he has made lots of mistakes, especially when he was younger. It is likely that the FA will make a decision on any charges over the incident by midweek. If the Manchester United manager is given a touchline ban it is likely to be between two and four games. United face Everton, Bournemouth, bitter rivals Manchester City and Crystal Palace in their next four league fixtures. 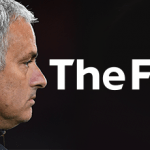