Liverpool will face 12-times winners, Real Madrid, in the showpiece final that will be held in Kiev in the Ukraine. Liverpool had to survive a late onslaught by Roma who came agonisingly close to forcing the game into extra-time.

Jürgen Klopp’s team held a 5-2 advantage from the first-leg and it only took 9 minutes for this advantage to be increased when Senegalese winger Sadio Mané put Liverpool one up. A rather unfortunate own goal by Liverpool’s James Milner after 15 minutes levelled the score on the night.

Roma and Liverpool produced a thrilling match with Jürgen Klopp’s team going through on aggregate.

Roma’s hopes of repeating the heroics that saw them spectacularly beat Barcelona in the quarter-finals were dealt a blow when Georginio Wijnaldum gave Liverpool the lead after 25 minutes. Second leg parity was restored on 52 minutes when three-times Bosnian Footballer of the Year, Edin Džeko, scored for Roma.

Liverpool fans will have feared the worst when Radja Nainggolan scored with a great shot on 86 minutes and then converted a penalty in the dying seconds to take the Italians to within one goal of forcing extra-time. The penalty was however the last meaningful action of this incredible game and the referee’s whistle was the signal for jubilant celebrations from the 5,000 Liverpool fans who had travelled.

The 7-6 score-line over the two legs is a record for the semi-final stage of the Champions League and in many ways is a perfect example of Liverpool’s strengths and weaknesses.

Going forward there are few equals in world football. In all competitions, Klopp’s team have scored 130 goals and only need eight more goals to equal the club’s best ever tally of 138, which they achieved by claiming the double in 1986.

The forward trio of Mo Salah, Roberto Firmino and Sadio Mané have scored 29 goals in this year’s Champions League which breaks the previous record of 28, set by Real Madrid’s Cristiano Ronaldo, Gareth Bale and Karim Benzema in 2014.

It is this three-pronged attack that makes Liverpool such formidable opposition. Roma were able to shut out 45-goal Mohamed Salah over the two legs but were punished by Sadio Mané on the counterattack instead. When teams play attacking football against Liverpool, as Manchester City discovered in their Champions League clash, there is usually only one winner.

It was courageous of Roma to attack Liverpool rather than performing a damage limitation exercise, something Klopp was quick to acknowledge post-match. The 50-year-old German said of Roma:

I have to start, and it’s easy to do so, with a big compliment for Roma – what a brave performance, what a comeback, what a brave football game. It was clear they would take the risk they took and we punished it with the first goal in a perfect way.– Jürgen Klopp, Liverpool manager

The one criticism that will be aimed at Liverpool is their defensive frailties, a theme that has plagued the Merseyside team for many years. They have conceded more goals in the Premier League than any other team in the top five and this often causes games to be a lot closer than they should be.

The same accusations can be made of Real Madrid who they face in the final, who have already conceded 45 in La Liga. To put this figure into context, Barcelona have only conceded 21 and second placed Atlético Madrid have conceded even fewer with 18.

This could make the final on May 26th an incredible spectacle and a defender’s nightmare. 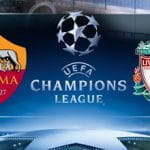