Liverpool were the best English team in Europe last season coming close to a sixth European title but losing 3-1 in the finals of the Champions League to Real Madrid. They finished fourth in the Premier League. New signings have raised expectations at Liverpool and they are likely to start the season on a high and full of confidence. They look genuine title contenders.

The Reds have been the surprise big spenders in this transfer window. Their spending spree has seen them land four players to send their spending over the past twelve months to nearly £250m.

In the past, Liverpool’s transfer policy has seemed incoherent, often buying players for positions in which they were already strong and well stacked. Manager Jürgen Klopp’s strategy for this season has been different, spending big money on proven players. The new signings directly address weak spots in the team and bring a nice mixture of experience and potential.

A goalkeeper was deemed as top priority with Brazilian Alison coming for a world record fee of £66.8m from AS Roma to bring stability to the goalkeeping position. The midfield too has been enhanced with two quality signings in Keita for £54m and Fabinho who cost £50m. The bench is now strong with Divock Origi back from a loan spell at VFL Wolfsburg and Xherdan Shaqiri joining from Stoke City for £13m. In January, they spent a world record fee for a defender of £75m to sign Virgil Van Dijk.

Emre Can, the German international recently joined Cristiano Ronaldo at Juventus on a free transfer after running down his contract. The 24-year-old was a versatile player who could play as a defensive or central midfielder as well as a centreback or fullback. Although he was an important rational player for Klopp, Liverpool has the numbers to cope with his departure. Danny Ward also left the club; the Welsh man fell further below the ranks at Liverpool with the arrival of Alisson and moved to Leicester City for £12.6m.

The last time Liverpool won the Premier League was 28 years ago. The last time they won a trophy was the Carling Cup in 2012 when they beat Championship side Cardiff on penalties.

There can be little doubt that the Premier League is the one their huge loyal support will want to win. Despite their title drought, Liverpool are still classed as a big team and fans will demand that their huge potential is turned into silverware.

It wouldn’t be a surprise if Klopp prioritises the Premier League and Champions League over domestic cup competitions, something that happened last year with a fourth round exit in the FA Cup at the hands of West Bromwich Albion and in the third round of the EFL Cup courtesy of a 2-0 defeat at Leicester City.

Strength – Holy trinity. The trio of Mohammed Salah, Roberto Firmino, and Sadio Mane scored more goals in the Champions League than the entire teams of Paris Saint Germain, Bayern Munich, and Real Madrid last season. Firmino is the focal point of the attack and the mastermind who ignites the attack with great movements that distort the defence and open spaces for the others to exploit. He made a total of 17 assists last season. Mane is the team’s muscle, Salah brings the goals, scoring 44 in his maiden season. The trio scored 91 goals between them.

Weakness – Consistently inconsistent. This is a stick that has been used to beat Liverpool for many years. Incredible one week (such as the 4-3 victory over Manchester City) then average the next (1-0 defeat in the next game against Swansea City). The goalkeeper position has been a weakness for a few seasons now, but Klopp seems to have finally addressed that with the signing of Alisson.

Mohammed Salah – Few predicted the impact Mo Salah would have in his first season at Liverpool. Ten goals in his opening 13 Premier League games was just a taste of things to come. By December he had already matched his goal tally of the previous season at Roma. Salah will be vital to Liverpool’s season.

Alisson – The most important signing for Liverpool this season. He managed 20 clean sheets and the Reds hope he will keep up the impressive form that made him Serie A’s best goalie.

Van Dijk – A defensive leader who is physical and mentally strong. He was impressive in the second half of last season making Liverpool more defensively sound. His passing ability is up there with the best in the league – in the 14 Premier League games he played for Liverpool his passes found the target 89.8% of the time.

Liverpool will be playing in the Premier League, Champions League, FA Cup, and the League Cup.

They are second favourites to win the Premier League behind defending champions Manchester City with odds of 9/2. The bookies have odds of 8/1 for Liverpool to win the FA Cup. With the team strengthening in almost every area, we can see Liverpool being the team to push Manchester City the hardest this season.

They are a distant seventh to clinch a sixth European title with odds of 14/1. 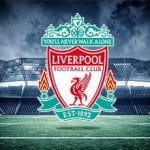 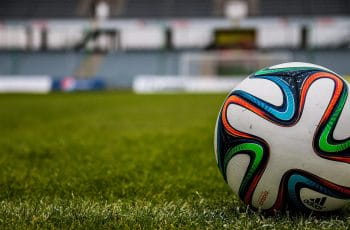