Lewis Hamilton finished third in the US Grand Prix and missed out on a perfect opportunity to secure his fifth Formula 1 World title. One-time world title winner, Kimi Raikkonen had a career-defining race and stole the show from the Mercedes team. Hamilton though only requires a top-seven finish at the weekend to secure the championship.

The champagne to celebrate the F1 drivers’ championship for Britain’s Lewis Hamilton is on ice, at least until this weekend. Hamilton was unable to take full advantage of Ferrari’s Sebastian Vettel but with a gap of seventy points between the two, it’s a case of when not if.

Lewis Hamilton’s Mercedes team delayed a second pit stop for Hamilton that proved costly and gave away the lead to Raikkonen who went on to claim the win, his first in over five years.

The race for the lead was tight with the top three Raikkonen, Verstappen, and Hamilton racing nose to tail. Hamilton missed out on a great chance to pass Dutch maestro, Max, with three laps to go. Although ultimately a second place finish wouldn’t have been enough to secure the title for Hamilton as Vettel overtook Valtteri Bottas in the penultimate lap to go fourth. Giving Vettel mathematical but not realistic hope.

The stage was all set for the 33-year-old Hamilton when his closest competitor for the title, Sebastian Vettel, spun while he was battling with Red Bull’s Daniel Ricciardo early in the race. Vettel re-joined the track in the fifteenth position but fought his way back to fifth place.

It can seem harsh to criticise a performance that has put the Brit on the verge of another title but if it hadn’t been for a few bad calls, the title would have already been won.

When the race winner Raikkonen pitted, Hamilton’s team waited for about five laps before bringing him in for the second stop. This proved to be too late as Hamilton experienced grip problems with his tyres and ran into traffic. The Red Bull and Ferrari drivers took full advantage.

Another questionable decision made by the Mercedes team was selecting the soft tyres instead of the super softs used by second-placed Red Bull. Even though Hamilton closed down Verstappen he was unable to go past. Hamilton’s best chance came in the 54th lap, the two went shoulder to shoulder in a riveting battle through five corners but Hamilton lost his chance when he ran wide on Turn 18.

Hamilton is undoubtedly the greatest Formula One driver at the moment and is on the verge of winning his fifth title as he has an almost unassailable lead of 70-points over Vettel. There are three Grand Prix races remaining, the Mexican GP, Brazilian GP, and the Abu Dhabi GP with 75 points up for grabs. This one looks to be already in the bag as they head to Mexico this weekend. Hamilton is expected to put out a title-winning show to clinch his fifth World Formula One Drivers Championships title. 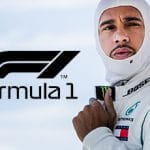