José Mourinho has been sacked by Manchester United after just over two years in charge of the club. The decision was announced on Tuesday morning and follows the club’s worst start to a Premier League campaign in 28 years.

The decision will not have been taken lightly by the board, with Mourinho set to walk away with a severance payment of around £15m.

Michael Carrick is set to take over training for the rest of the week until an interim manager is found. That manager will be in-place until the end of this season, after which a permanent appointee will be made.

Mourinho was relieved of his duties this week after two and a half years at the club.

A number of reasons have been cited as to why Mourinho has been fired. Not embodying the attacking football style of the club and insufficient development and management of youth team players are key reasons, along with the poor results and increasing dissatisfaction among fans.

The Red Devils are already 19 points behind league leaders Liverpool after just 17 games in the EPL. The decision also comes after Manchester United were comprehensively beaten by Liverpool on Sunday. The Reds registered 36 shots on target in that game, eventually winning 3-1, though that scoreline does not represent just how dominant Liverpool – and how poor Manchester United – were.

After recent results and performances, the move will be a shock to few. Mourinho has been heavily criticised, but he himself has criticised the effort and desire of his players.

Mourinho has spent almost £400m on eleven players since his arrival in Manchester. He publicly stated his desire to sign two centre-backs throughout the summer, which were eventually not sanctioned by the club. The fallout between manager and chairman seems to have started there.

The Portuguese did have success prior to this season with the club, winning the Europa League and the EFL Cup in previous seasons. Manchester United were runners up to Manchester City in the league last season.

Who will replace Mourinho?

Already, there are a number of candidates being floated. An interim is hoped to be found by the end of the week, but who will take the reigns permanently from next year?

It is no secret that Mauricio Pochettino is admired at Old Trafford. He would be a good fit, both in terms of his attacking style of play and eagerness to develop and bring through young players. Pochettino is yet to win a trophy at Spurs and could perhaps be tempted away.

Zinedine Zidane is another popular name. Zidane, despite a short managerial career so far, has earned massive success at Real Madrid, and has been out of work since his sudden departure from the club at the end of last season.

Ryan Giggs would be an inexperienced, but popular choice. He has made a good start to life as manager of Wales, and even managed Manchester United for four games before Mourinho came in. Despite his popularity at Old Trafford, it is difficult to imagine Giggs, who is inexperienced and early into his managerial career, getting the nod.

Laurent Blanc is another former Manchester United player who could fit the mould. He achieved success at both PSG and Bordeaux, along with a good stint as manager of the French national team, and was even somehwat in the running to take over directly from Sir Alex Ferguson back in 2015. 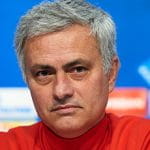