The transfer window has now slammed shut until the end of the season and teams have been busy reinforcing their squads. We welcome some new faces to the Premier League whilst some well-known players have switched allegiances and have new homes.

Love it or loathe it, you certainly can’t ignore the transfer window. Months of gossip and negotiation boil down to mere hours. And whilst teams such as Liverpool did their transfer business early, Arsenal, Tottenham, Chelsea, Manchester City and West Ham United were among the teams working out deals right up to the last minute.

With spending passing the £430m mark, this is unsurprisingly a record breaking January transfer window, with spending alone on the deadline day £150m.

It’s hard to imagine now but the January transfer market spending in 2010 was just 2.32% of the spending of this year’s total, at £10m for all clubs. This amount is probably less than the amount that the agents earned whilst completing some big-money moves.

Liverpool topped the January spending list with the purchase of Virgil van Dijk from Southampton. The transfer itself was hardly a surprise with van Dijk having a high profile spat with Southampton when they refused to sell him in the summer. Van Dijk was agitating for a move and handed in a transfer request, stating the only club he wanted to join was Liverpool once he knew they were interested.

Such was Liverpool’s determination to sign the 26-year-old Netherlands centre-back in the summer that Southampton threatened to report Liverpool to the Premier League for an alleged illegal approach for Virgil van Dijk.

Liverpool did back off but behind the scenes the clubs were talking and a deal was arranged and was all very cordial in the end, Southampton’s outrage no doubt sweetened by the world record fee for a defender that they received.

Manchester City had a bizarre transfer window. On paper, it seemed simple; sign the long-term target Alexis Sanchez and maybe a defensive addition. The reality turned out to be somewhat different, as Sanchez went to bitter rivals and neighbours United and a strange transfer saga involving Riyad Mahrez amounted to nothing except questions. It seemed that Pep Guardiola’s transfer plans were somewhat muddled.

Despite not seeming to need to strengthen due to a colossus 15 points lead in the domestic title race, City did spend £57m on Aymeric Laporte from Athletic Bilbao. A somewhat surprising choice and price given that the youngster is as yet uncapped by his national team France. Definitely a huge prospect and could look a bargain in years to come but he will have to adapt quickly to the physicality of the English game.

It is really difficult to assess Arsenal’s dealing this January. In late December it looked like Sánchez and Mesut Özil would be walking out of the club for nothing in the Summer, with a £120m hit on the balance sheet and an almost indefensible situation in which two world-class players walk out without replacements being made.

The situation now looks very different. Pierre-Emerick Aubameyang’s signing is a major coup for the 68-year-old veteran Arsenal manager. Aubameyang is one of the most exciting signings made by any team this transfer window and if he can replicate even a small percentage of his performances for Borussia Dortmund then Arsenal fans are in for a treat.

In his career, he has played 309 games, scored 163 goals with 41 assists. Question marks are there regarding Aubameyang’s attitude but it seems that Aubameyang’s capture was enough to convince Özil to sign a new contract worth a reputed £300,000 a week. The selling of Giroud to Chelsea may yet haunt them but ArsenalFanTV may be easier watching than normal this week.

Mkhitaryan’s situation at Manchester United was difficult to fathom. There was no doubt that the Armenian had all the attributes to light up the Premiership. In his last season at Borussia Dortmund he managed to provide 15 assists and chip in 11 goals in just 28 full appearances, so fans of Manchester United were quite giddy with the prospect of him producing this form in the Premiership. Despite a promising start, Mkhitaryan seemed to fall out of favour on at least 3 occasions and a swap deal involving Alexis sancehz seems to be the perfect end for both parties.

A swap deal between Arsenal and Manchester United for Alexis Sánchez in exchange for Henrikh Mkhitaryan went from impossible, improbable, possible to done deal in a matter of a few days. The romantic fans from United will be reminded of a time when the signing of Arsenal’s captain Robin van Persie heralded a golden age for the Old Trafford team, as his 48 goals in 86 appearances coincided with some great football from United.

In Sánchez’s debut in the 4-0 routine win over Yeovil in the FA Cup, Sanchez was magnificent in a team which saw star player Paul Pogba rested. His man-of-the-match performance reassured United fans that they had a player who could influence games in a similar vein to £89m man Pogba.

This belief was knocked in Sánchez’s league debut in the 2-0 defeat to Spurs, where, along with Pogba, Sánchez was pretty anonymous. In that respect it will be interesting to see who ultimately has received the better deal in the swap.

Monetary value in football is often not the full story and some of the most intriguing deals of the January transfer window involved players outside of the top 5 money deals. This window, perhaps more than any other, was like a house of cards and could have easily had a different complexion. 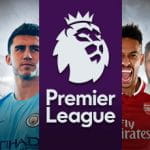