The Republic of Ireland and Northern Ireland both managed to avoid four-times winners Italy in the draw for the 2018 World Cup play-offs that were held in Zurich on Tuesday afternoon. The Republic of Ireland have been drawn with Denmark and Northern Ireland will face Switzerland. The winners over the two-legs will progress to the World Cup Finals held in Russia next year.

Before the draw, both teams will have been facing an anxious wait to see who they would face in the play-off. As neither of the Irish teams were seeded, they couldn’t face each other but facing the might of the Italians was a distinct possibility.

Both the Republic and Northern Ireland avoided Italy in the play-off draw.

The Republic will perhaps be the happier of the two Irish teams. Denmark are currently ranked 19th in FIFA’s World Ranking figures and look a pale shadow of the great team of 1998 that boasted the likes of Peter Schmeichel, Michael Laudrup and Brian Laudrup. That team played some of the best football of the competition and were unfortunate to be beaten 3-2 in a close match with Brazil. England would knock the Danes out in 3-0 in the last 16 round in 2002 and that was the last World Cup of any note for Denmark.

On paper, Switzerland pose a tough test for Northern Ireland and were the highest-ranked nation in the play-off draw. The Swiss are currently placed at 11th in the FIFA Rankings and finished second in their qualifying group behind Portugal, only missing out on an automatic place on goal difference after matching Portugal’s results of 9 wins and only one loss.

The Draw in Full

Northern Ireland vs. Switzerland / Croatia vs. Greece / Denmark vs. Republic of Ireland / Sweden vs. Italy

All matches will be played next month with the first leg games played between the 9th and 11th of November and the second leg taking place between the 12th and 14th. The teams drawn first in the draw play at home first. This could be pivotal with away goals coming into play if the scores of the tie are level after both legs.

Republic of Ireland manager, Martin O’Neil, said of the draw:

Naturally as an unseeded team the draw was going to be difficult, I’m delighted to be drawn away from home first. Italy were in the group and I suppose if you were to ask all of the unseeded coaches, none of us would have wanted to play Italy.– Martin O’Neil, Republic of Ireland manager

It’s the highest seed, but I’d prefer them to Italy and Croatia! Of course, you’d like the home leg second, but our defensive record stands up. We can go and get a draw there if we win the first leg.– Ian Dowie, Ex-Northern Ireland footballer

With both teams happy to avoid Italy, it was Sweden that were drawn against Italy. The Italians last failed to qualify for a World Cup in 1958 and must now beat Sweden to ensure they qualify. This certainly is unlikely to be a stroll in the park with Sweden beating Luxembourg 8-0 and France 2-1 their group fixtures.

The last fixture sees Croatia take on Greece. Croatia made hard work in their group, finishing runners up by 2 points to Iceland who became the smallest ever country to qualify for the World Cup. The Greek national team also struggled in a group that included Gibraltar, Cyprus, Estonia, Bosnia-Herzegovina and Belgium and needed a home win against Gibraltar in the last group game to finish second to Belgium and just two points clear of Bosnia-Herzegovina in third. 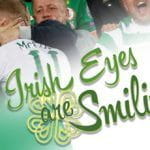