Lewis Hamilton can go into the Interlagos GP with a certain sense of jubilation, having already won the World Championship for the fifth time in Mexico City last week. And where better to celebrate than Sao Paulo, world-renowned for its carnival atmosphere?

The fan base in the Sao Paulo suburb of Interlaces is known for its highly excitable fans, and has often been home to some dramatic season finales, such as Fernando Alonso’s first ever F1 win and Hamilton’s last ditch victory over Felipe Massa in 2008. There will be notably less drama to play for here, but it still represents a great chance for Hamilton to demonstrate once again why he is one of the greatest Formula 1 racers around.

The Interlagos racourse. A gruelling and legendary track in the F1 world

With nine wins in the World Championship so far, Hamilton may be eyeing to equal his record in 2014, where he racked up a whopping 11 wins. With 71 total wins, there is also talk for him to try and beat Michael Schumacher’s total record of 91. Felipe Massa told the Express that:

“He is 33 years old and seems to be an obvious favourite in the fight for the title next season. He has a chance to beat all of the records.” – Felipe Massa, Former F1 Driver

This win in Brazil will be some tough form to maintain considering that he has already been crowned the winner. Runner-up Sebastian Vettel has had a better history at the Autódromo José Carlos Pace, racking up three wins to Hamilton’s one. With five wins to Hamilton’s nine, Vettel is in a strong position to take the number one spot at this race. Alonso, who has been markedly off the pace this season, with 0 wins, is also eyeing for his first win of the season, telling Formula 1 that he is excited for the race:

“The Brazilian fans are always super passionate and it’s clear Interlagos is one of those legendary tracks that is so famous in the motorsport world. Great champions have driven on this circuit, and with this year’s cars it’ll feel even faster and more exciting than before.”

The Autódromo José Carlos Pace has a capacity of 60,000 people, with a current circuit length of 2.7 miles and 15 turns. As it was built on hilly terrain, with many bumps and inclines, and runs anti-clockwise – counter to conventional F1 track layouts – it is a physically demanding track that can take its toll on drivers. This unpredictability is bolstered by the strange tropical weather, with storms known to break out at the drop of the hat, such as in the crazy wet race of 2016. Hamilton is a master of wet tracks, so any inclement weather will probably benefit his chances of a 72nd career win.

Practices will start at 12:55 on Friday, with qualifying getting under way at 16:55 the next day. The race proper will start on Sunday from 17:00. The race can be watched live on Sky Sports on its dedicated F1 Channel with highlights later available on Channel 4. 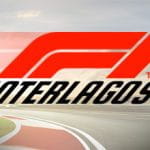