Huddersfield relegated from the Premier League.

Huddersfield’s 2-0 loss away at Crystal Palace means they are the first team to be relegated from the Premier League this season. Wins for Burnley and Southampton confirmed that The Terriers would be playing Championship football next season.

Huddersfield Town have become the first team to be relegated from the Premier League this season. A 2-0 defeat away to Crystal Palace was enough to confirm the relegation.

Huddersfield Town’s status as a Premier League club will end at the close of the season after losing to fellow strugglers Crystal Palace on Saturday. The West Yorkshire club knew the fixture was a must-win clash if they were to keep their faint survival hopes alive. Yet a Luka Milivojevic’s penalty and a Patrick van Aanholt strike sealed their fate and made relegation a certainty. Huddersfield was the first team to ever win three top-flight titles in a row (1924-1926) but have found life difficult in the Premier League since being promoted via the playoffs in May 2017.

Last year they narrowly avoided relegation under manager David Wagner, managing a 16th place finish. A poor start to this season saw Wagner replaced with former Borussia Dortmund II manager Jan Siewert. Under Siewert’s management, Huddersfield only managed one victory, and it was ultimately their failure to pick up points against West Ham, Bournemouth and relegation rival Brighton that would prove costly.

It will come as little comfort to Huddersfield fans that they are not the quickest team to have been relegated from the Premier League. That unwanted distinction goes to Derby in the 2007-2008 season but by the finest of margins, just one day. Their current tally of 14 points is already more than Derby achieved that season which was 11.

With six games remaining of the current campaign, the emphasis for Siewert will be getting his misfiring squad scoring goals. It’s a remarkable stat, but the Terriers have failed to score in 54.3% of the games they have played this season, the highest figure since the Premier League started in 1992.

Defensively, Huddersfield has also been poor. They have conceded 59 goals so far this season, and that tally could get much worse with their remaining fixtures involving title-chasing Liverpool, Tottenham and Manchester United. Derby holds the current record for the most goals conceded in the Premier League with 89.

Fulham look likely to join Huddersfield in the Championship next season. The Cottagers are just three points ahead of Huddersfield, but more damningly, they are 11 points behind nearest challengers Cardiff in 18th and 16 points behind Burnley who currently sit in 17th. Fulham will be relegated as early as this evening if they fail to get at least a point against Watford at Vicarage Road.

The last relegation position is much harder to predict as mathematically even 7th place Wolverhampton Wanderers are not safe on 44 points. It would take a spectacular collapse from a team in the top ten for this to happen, but it does emphasise how close the relegation dogfight is this year. With fans of Cardiff, Burnley, Southampton, Brighton and Newcastle all looking nervously at the table. 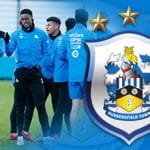 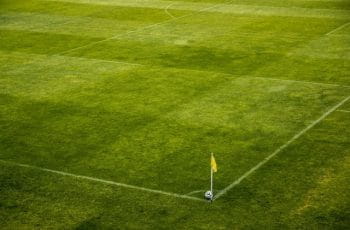