German Bundesliga Week in Review, fixtures and How to Watch

The return of Germany’s Bundesliga last weekend gave us football fans some live-action after what seems like years without it. Like millions, we adopted a team to back, opened a beer or two and binge-watched all the action.

In case you missed any of the games, we’ll recap what happened last week as well as casting an eye over this week’s fixtures. We’ll also share our tip on how you can watch all of this seasons Bundesliga for less than the price of a pint!

One of the biggest surprises of the weekend was Borussia Dortmund’s coach Lucien Favre leaving out Jadon Sancho for their highly-anticipated clash with Schalke. Sancho, who has just turned 20, has been involved in 29 Bundesliga goals this season (14 goals, 15 assists). A rumoured muscle strain to Sancho forced Favre to turn to Thorgan Hazard after replacement Gio Reyna fell injured in the warmup.

In reality, Dortmund didn’t really need the Englishman and his late appearance was more of a cameo than due to necessity. Der BVB dominated the full 90 minutes, but it wasn’t until the half-hour mark that the second-placed team took the lead. Thorgan Hazard justifying his place by providing a cross which teenage assassin Erling Haaland hit low to the left to score his tenth goal in only his sixth start. Raphael Guerreiro doubled their lead with a sweet left-footed strike just before the break. It was over as a competition just three minutes into the second half as Hazard drove a fierce shot that gave Markus Schubert little chance in the Schalke goal. Haaland turned provider for the fourth goal, a lovely through ball allowed Guerreiro to score his second of the game.

It’s a shame that the RasenBallsport Leipzig fixture against Freiburg took place at the same time as the Dortmund v Schalke, meaning many of us recorded the game and watched it later. Many English eyes were on 24-year-old striking sensation Timo Werner. A rumoured target for Liverpool, the German has been in great form with 21 goals and seven assists in 24 games.

RB Leipzig have lost the least number of games in the Bundesliga (3) this season and sat in third place before the game, five points behind Bayern, and attracted not unrealistic odds of 8/1 to win the title. They faced Freiburg, who in eighth place were rank outsiders for the title at 1000/1. Therefore, on paper, it looked like a reasonably simple fixture for Werner and co. Unfortunately for Leipzig, Freiburg didn’t read the script and gave the title hopefuls a torrid 90 minutes. Hitting Leipzig on the counter-attack, Freiburg’s Manuel Gulde gave the visitors a shock lead in the 34th minute and led at the interval. Leipzig attacked relentlessly in the second half and received their reward with a Yussuf Poulsen header from the centre of the box that found the bottom left corner. Freiburg thought they had won the game after scoring in the 94th minute, but VAR ruled out a Robin Koch goal. If that goal had stood, it would have moved Freiburg equal on points with Wolfsburg in sixth place. In the other games on Saturday Borussia Monchengladbach stormed to a 3-1 victory over Eintracht Frankfurt. Barely a minute was on the clock when Alassane Plea scored. Six minutes later, a close-range finish by Marcus Thuram. A penalty on 73 minutes scored by Ramy Bensebaini gave the visitors a 3-0 lead, but a well-taken Andre Silva goal denied Borussia a clean sheet. 1899 Hoffman suffered a 3-0 beating at the hands of Hertha Berlin. Goalless at halftime, two goals in two minutes in the 58th minute (a Vedad Ibisevic header and an own goal by Kevin Akpoguma) put the visitors in command. They completed the rout with a goal in the 74th minute. Matheus Cunha managed to squeeze in a shot from a severe angle that found the top right corner. Wolfsburg snatched an injury-time winner to sink Augsburg by two goals to one. Augsburg opened the scoring with an audacious header from Renato Steffen who made contact at the edge of the box. Tin Jedvaj levelled, and Daniel Ginczek grabbed the win by making contact with a Kevin Mbabu sizzling cross. The match between Fortuna Düsseldorf and Paderborn 07 ended in a 0-0 draw. As the scoreline suggests, it wasn’t the most exciting of games, with both teams managing just one shot on target each.

In Sunday’s games, Bayern Munich kept their four-point cushion at the top of the table thanks to a 2-0 win against Union Berlin. An efficient rather than exciting performance by Hansi Flick’s side who had to endure some early pressure from Berlin. Manuel Neuer had to save early from Marius Bulter, and Anthony Ujah had a good chance but sliced his shot over the bar. The champions however thought they had taken the lead before VAR intervened. Leon Goretzka flicked the ball on which found Serge Gnabry’s head; his glance found Thomas Muller nudged the ball in only for the video referee to disallow it for a marginal offside call. While the champions struggled to maintain a fluid style, they did take the lead before the break courtesy of Robert Lewandowski’s 26th league goal of the season scored from the spot. Leon Goretzka drew the foul from Neven Subotic five minutes before the interval, and the Polish hit-man made no mistakes. Benjamin Pavard made sure of the three points with 10 minutes left with a header, wrapping up Bayern’s sixth straight away league victory. The other game on Sunday saw a 2-2 draw between 10th placed 1. FC Köln and 15th placed 1. FSV Mainz 05. Pierre Kunde levelling things up things in the 72nd minute for Mainz after being two goals down. In Monday nights game Bayer Leverkusen strengthened their position in the race for a Champions League spot by thrashing SV Werder Bremen 4-1. A Kai Havertz header in the 28th minute started the scoring. Bremen equalised two minutes later via a Theodor Gebre Selassie right footed shot from very close range. A further goal from Havertz 3 minutes after the levelling goal and efforts from Weiser (61) and Demirbay (78) made the points safe.

Watch Bundesliga Football on the Cheap

On Saturday, four games start at 14:30, these are; Borussia Mönchengladbach v Bayer 04 Leverkusen, SC Paderborn 07 v 1899 Hoffenheim, SC Freiburg v Werder Bremen and the tasty looking VfL Wolfsburg v Borussia Dortmund. The late game also looks attractive with Bayern Munich hosting Eintracht Frankfurt. Sunday’s game are; 12:30 FC Schalke 04 v FC Augsburg, 14:30 Mainz 05 v RB Leipzig and 17:00 1. FC Köln v Fortuna Düsseldorf. In case you weren’t aware, bet365 are showing all these games and every single Bundesliga game until the end of the season, and the great news is that it is very inexpensive to watch it. For existing customers, just ensure you have a positive balance on your account (you don’t need to bet, only credit). If you don’t already have an account, £5 is the minimum deposit, much lower than the price of a TV sports package, find out other Bundesliga betting sites in our review. 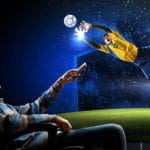 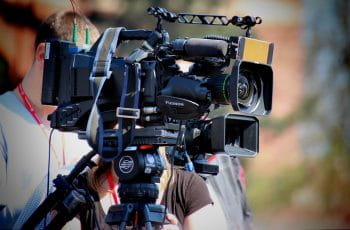 DraftKings to Broadcast Live Streaming of the Bundesliga 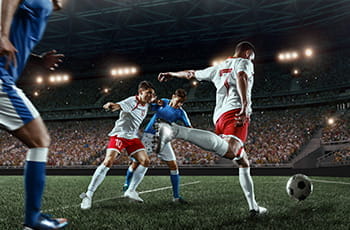