In the first in a series of articles, I reminisce about the crazier side of football. The jaw-dropping moments that are still as shocking today as the day they happened. I look back at the events that have made me laugh or made me shake my head in disbelief, a look at the quirks that make it the beautiful game. After all, it’s Friday and the Premier League is back this weekend!

The curious case of Vincent Tan

It’s fair to say Vincent Tan is rather a strange man. Tan is a Malaysian businessman and is the head of Berjaya Corporation Berhad. A quick look at their annual accounts shows a successful business with revenue of over £1.7 billion for 2015. His personal worth is estimated to be £1 billion and in 2010 he purchased Cardiff City.

If you are unfamiliar with Cardiff City’s history, it’s worth having a quick recap! They were founded back in 1899, originally called Riverside AFC and changed their name to Cardiff City in 1908. Although of course based in Wales, they joined the English football league in 1910.

Now the important bit! Since the rebranding in 1908, Cardiff have played in blue and white. Cardiff are so synonymous with blue that they are called The Bluebirds. So, play in blue, called the Bluebirds, with me so far?

“We’ll Always Be Blue” began to be sung at home fixtures and the small trickle of supporters wearing blue soon turned into a tidal wave.

In 2012, Tan outraged Cardiff city supporters with a plan to invest £100 million into the club on the condition that a rebranding took place which would see Cardiff City change their kit colour from blue to red. Fans promised to fight the proposals tooth and nail and initially Tan relented but a few months later, Cardiff had indeed changed from the traditional blue to playing in a red kit.

Want to Play for Cardiff? Check Your Birth Date

Many Malaysian Chinese are highly superstitious and of course, Tan is no exception. Black is the colour of bad luck, whereas red and yellow are considered to bring good fortune. One of the reasons that Tan gave for the rebranding was that the team would be much more marketable to the Malaysian market.

If stories are to be believed, Tan proposed at a Cardiff City’s board meeting that the club’s recruitment policy should be centred around players who have the number eight in their birth dates!

I did try to do a search of footballers who were born on the 8th August 1998 to try and help Cardiff’s recruitment drive but alas, I didn’t find anyone. Interestingly though, I did notice that the famous train robber Ronnie Biggs was born on August 8th. As Biggs managed to escape capture from the UK government for 36 years maybe there is some substance to all this!

A Split in Cardiff’s Support

Not surprisingly many supporters walked away from the club as they just couldn’t accept this seismic change to their club. However, the tantalising prospect of top flight football was just too much of a pull and perhaps reluctantly, the vocal opposition steadily became quieter and red shirts became commonplace at the Stadiwm Dinas Caerdydd.

Such is the fickle side of fans that when the team were doing well and achieved the dream of reaching the top flight there wasn’t a spare seat in the ground. No planes flying over the stadium, no supporters chaining themselves to railings. In fact, when Cardiff beat fellow Welsh team Swansea in a Premier League fixture, Cardiff looked a club united.

It took a bad spell in form for the supporters to turn. Starting in small pockets in the ground, ‘We’ll Always Be Blue’ began to be sung at home fixtures and the small trickle of supporters wearing blue soon turned into a tidal wave. In the final game of the season against Chelsea, almost the entire Cardiff stadium was full with blue shirted fans.

At Christmas 2014, Cardiff Supporters groups had arranged demonstrations at games but many more fans had shown more passive action by simply not attending matches, with just over four thousand people turning up for an FA Cup game against Colchester. Tan remained defiant, “I would like to tell the fans this: Protesting will not make me change my mind. Cardiff will stay red.” was the message he gave to Cardiff supporters.

Fan Power Wins in the End

On Thursday January 8th, certain fans were invited by the club’s hierarchy to discuss the engulfing crises that was growing even bigger at Cardiff Football Club. Despite obvious anger towards the owner, the supporters gave an impassioned plea to management of the club to return to the days of being the ‘Bluebirds’.

The key for us is that we suddenly had a joined-up approach and that was down to a fan called Steve Sullivan, a season ticket holder who has never had the credit he deserves. He got everyone together; the various fans groups, messageboard organisers. We were as one. We began making representations to Ken Choo (chief executive) and Mehmet Dalman (chairman), saying it would be a lovely Xmas gesture to return the club to blue. Crowds had started to fall, fans were voting with their feet. Ken and Mehmet fed back our thoughts to Vincent Tan and eventually we were informed a meeting would be held with specially invited supporters to discuss the matter.– Vince Alm, Cardiff City Supporters Club Spokesman

The next day, after two and a half years, Vince Tan relented and Cardiff City were once again going to be playing in blue. The Bluebirds were back and flying high!

The team played in blue the very next day against Fulham on Saturday January 10th and the fans flocked to see the rebranded Welsh team in action. The positivity seemed to rub off on the players as they achieved a 1-0 win.

Tan’s relationship with the club seemed to suffer after this experience. Once a familiar figure at games, he now rarely attends matches and it seems the monetary investment into the club is not a patch on what it used to be but the diehard fans won’t care. They have their identity back.

Superstition is nothing new in sport and in football it is practically rife. It can be a simple sign of the cross before going on to the pitch or a complicated ritual that can take hours and involve many steps. Let’s look at some of the strangest footballer’s superstitions.

Kolo Toure – Have you ever been in a situation when you are walking and you get in the way of someone coming towards you, you say to the person ‘after you’ but they are equally insistent that you go first and you end up in an awkward Strictly Come Dancing moment in the middle of Grimsby High Street? Toure’s superstition is that he must be the last person onto the pitch. This may sound harmless enough but it did lead to a yellow card whilst playing for Roma against Arsenal in the Champions League. William Gallas was receiving half-time treatment and didn’t show for the second half, this led to Toure refusing to take to the pitch until Gallas returned. When Toure did take to the field, he had not requested permission and was shown a yellow card. It is worth mentioning that Toure and Gallas were bitter enemies whilst at Arsenal together. A coincidence or was Gallas playing on Toure’s superstition?

Laurent Blanc had one of the funniest and most iconic of all superstitions. Before every game for France, Blanc would slap a kiss on the bald head of goalkeeper Fabien Barthez. This pre-match ritual did the trick as the French national team went on to win the 1998 World Cup.

For downright OCD then John Terry would take some beating, in an interview with The Mirror, Terry admitted that he has 50 superstitions that he follows. Such was his conviction in his routine that when he lost his lucky shin pads he would later say:

Those shin-pads had got me to where I was in the game – and I’d lost them. I really felt terrible because they were a big part of my routine. Before the final I was having a go at the kit-man even though it wasn’t his fault. I was thinking: ‘f***ing hell, I’ve had those shin-pads for so long and now this is it, all over.” Lampsy (Frank Lampard) gave me a pair of his and luckily, we won, so they’ve stuck with me. Now they have become my lucky ones.John Terry, Footballer

Vincent Tan is not the only club owner who believes in a higher power to get results. Former Pisa president Romeo Anconetani believed the power of salt could bring on-field success to Pisa. Many of us throw salt over our shoulder when some is spilt but Anconetani took things to a different level! The higher profile the game, the more salt he would throw on to the pitch. When Pisa were up against bitter local rivals Cesena, the eccentric Pisa owner arranged for 26kg of salt to be thrown onto the pitch! It must have looked like a Columbian drug lords stag party. One thing is for sure, I bet Pisa didn’t have a problem with slugs on matchday! 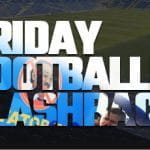