France have won the World Cup for the second time in their history, overcoming Croatia 4-2 in a thrilling game at the Luzhniki Stadium in Moscow.

The 2018 FIFA World Cup Champions are France. In what was a highly entertaining final clash against Croatia, the flair and quality of football on show far exceeded expectations as both teams played their part in a six-goal thriller.

France’s Antonio Griezmann opened the scoring with a free kick in the eighteenth minute but needed some help from Croatia’s Mario Mandžukić. His attempted clearance beat his own keeper earning the Croatian the unwanted distinction of being the first player to score an own goal in a World Cup final.

Pogba was instrumental in France’s win and scored the third goal for France.

Croatia bounced back through an Ivan Perišić equaliser. From a corner, Domagoj Vida set him up on the second ball and the 29-year-old fired an electric shot that found its way past the whole French defence. Tottenham keeper Hugo Lloris in the French goal couldn’t do anything to stop the shot.

France took the lead once again with a Video Assistant Referee (VAR) penalty after Perišić handed the ball from a Blaise Matuidi flick from a Griezmann corner.

Initially, the penalty wasn’t given but the referee Nestor Pitana was advised by the VAR team to view the incident for himself on the pitch side monitor. The referee viewed the incident in slow motion and decided the handball was intentional and awarded the first ever penalty by VAR at the World Cup to France.

Griezmann took the initiative from the spot beating the Danijel Subasic who has been impressive in saving penalties throughout the tournament.

Paul Pogba added France’s third in the fifty-eighth minute. The midfielder scored with a curling shot from outside the box to give France a commanding lead. Young player of the tournament Kylian Mbappe made the game even more comfortable in the sixty-fifth minute, hitting a fantastic shot from distance.

The Croatians have made a name for themselves in this tournament due to their “never say die” resilience and an unlikely fightback briefly looked possible when Mario Mandžukić took advantage of a terrible error from French keeper Hugo Lloris. The 31-year old’s overconfidence in possession allowed Mandžukić to challenge for the ball and poke it into the net.

France, however, has a solid defensive line in the shape of Samuel Umtiti and Raphael Varane and the pair were able to stop everything coming their way in the final twenty minutes.

The Three Lions campaign in the 2018 FIFA World Cup ended with a fourth-place finish. They lost to Belgium’s golden generation 2-0 after an outstanding display of attacking football from both sides.

Belgium selected a stronger side in comparison to England who played without five of their regular first eleven. Embracing a 3-4-3 formation, Danny Rose stepped in for Ashley Young at left wing-back, Eric Dier replaced Jordan Henderson, Fabian Delph and Ruben Loftus-Cheek were in for Jesse Lingard and Delle Ali, a surprise addition to the team was Manchester United’s Phil Jones coming in for Kyle Walker.

Belgium started brightly and took the lead in the fourth minute through a counterattack that started from Thibaut Courtois. Romelu Lukaku passed to Nacer Chadli on the left who made the cross. Thomas Meunier got ahead of Danny Rose to finish the move and give Belgium the lead.

Pickford once again was terrific for England with a magnificent save to deny Kevin De Bruyne’s deflected shot in the eleventh minute after Lukaku had delivered a great ball in front of England’s backline.

Lukaku on his quest to claim the Golden Boot was having an off day with several heavy first touches after playmaker De Bruyne played him clear.

England’s most dangerous attack of the first half came in the 22nd minute. Harry Kane fired wide when Raheem Sterling had brought down a high ball from Kieran Dier.

Gareth Southgate made half-time changes, bringing in Lingard and Marcus Rashford, and changing back to a 3-5-2 formation. This is a formation that England had used throughout the tournament and the players appeared more comfortable with it, igniting an attacking frenzy.

Of all players, Eric Dier had a great chance to equalise for England. The 24-year-old was one on one with Belgium’s goalkeeper Courtois, the Tottenham man beat him with a great chip but Tottenham team-mate Toby Alderweireld was at hand to calmly clear the ball off the line.

Pickford again made a classic save in the 79th minute to deny Meunier his second goal after a great move that started from the back with great one-touch football.

Three minutes later, all hopes of an English comeback were extinguished when Phil Jones failed to deal with an easy ball, Eden Hazard broke free from the defender and hit a powerful shot on the ground that gave Pickford no chance. 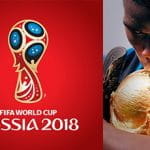