The first weekend of EFL analysed

Football fans up and down the country collectively rejoiced over the weekend as the EFL returned. It was an exciting weekend that has definitely whetted the appetite of English football fans across the country as they prepare for the Premier League to come back to our screens. We take a look at the action as it unfolded throughout the weekend and guide you through the EFL’s kick-off a round of fixtures.

The action began on Friday night with the game at Luton with an epic 3-3 encounter against Middlesborough. This game was a perfect testament to the EFL and demonstrated that this league is one of the most prolific and exciting when it comes to the delivery of goals. The visitors were promotion hopefuls last season and drawing against a newly promoted side certainly wouldn’t have been part of their game-plan. But the season is yet young, and scoring 3 goals away from home against a newly promoted fired-up side won’t seem like a bad return for the Premier League hopefuls.

Elsewhere around the divisions, there were further upsets for supposed favourites. Newly relegated side Fulham was entertained by Barnsley in a hard-fought contest that ended in a 1-0 victory for the newly promoted midlands club. Forest Green made their entrance into the football league with a victory against an Oldham side that looked particularly out of sorts.

The first day of an EFL campaign is very difficult to bet upon, and it usually throws up a few surprising results as the fixture list and form guides need time to fully reflect the analysis of the betting tipsters. Look to the next few games of the season for a smarter and more efficient way to spend your money at the sportsbook, as the data will begin to paint a picture of the inherent quality of each team in the leagues.

Will this be the best EFL campaign ever?

There are always controversies on the opening day of any season. This year was no different. The fans were in full voice around the grounds of London and the local law enforcement was stretched to capacity in their aim of accommodating all the fixtures for the day.

Last game of the opening weekend: Huddersfield vs Derby

Tonight we will be entertained again, it seems to be an absolute cracker of a match by all standards. The team that completely capitulated in the Premier League last season, Huddersfield, against the team that were desperately beaten in the play-off final of 2019. Both of these teams will have ambitions of returning to the top flight this season, and winning the opening game will be a massive step in the right direction.

Although there is still a lot to be learned from the mistakes of last season, Huddersfield should have enough in their locker to dispatch Derby County. The action begins at 19:45 pm and can be followed on Sky Sports. 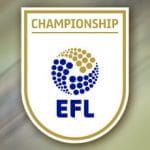