FA Cup Fourth Round Preview – An Overview of the Games

The FA Cup is back this weekend for the fourth round of the 2019/20 competition. League One Tranmere shocked the world with victory over Watford midweek to set up a tantalising tie against 12-time winners Manchester United.

The fixture kick off on Friday night, with Northampton facing Derby County. The League Two club are the lowest ranked team left in the competition and if they win it will be the first time since 1970 that they have reached the fifth round. Cobblers fans will be hoping to catch a glimpse of Wayne Rooney, but he could be rested by Derby boss, Phillip Cocu.

The other Friday night game sees an all-Championship affair, with Queens Park Rangers at home to Sheffield Wednesday. The Owls have lost four on the bounce against their opponents so they’ll be hoping to change that. They will be without Fernando Forestieri who is injured, but Massimo Luongo is available to play against his former team after his read card was rescinded. It should be a bouncing atmosphere with around 3,000 away tickets being sold so far for the tie.

Saturday sees 10 games taking place. The first is a tasty game between Brentford and Leicester City. The Foxes are expected to make some changes, with Brendan Rodgers probably looking out for the league. It could be the same with Brentford, who are currently in the Play-Off places in the Championship and have a game again on Tuesday. Both teams have a nice style of football and it could turn out to be a nice match. Here’s hoping.

Fans throughout the country are looking forward to fourth round action.

The first all-Premier League fixture is that of Burnley against Norwich. The Clarets have played twice already this week so could take this game lightly. Both teams are struggling at the bottom and PL survival will be their top priority. It will be no surprise if they both field weakened teams.

Another tasty game is the one between Coventry and Birmingham. The Midlands rivalry is even spicier this year, seeing as Coventry are hosting their landlords. A replay would ironically be played in the same stadium, with the teams changing dressing rooms. It seems written in the stars that this will finish in a draw, despite Birmingham being in the higher league.

Other fixtures that caught our eye is the game between Newcastle and Oxford. If there’s a potential upset this one could be it. They needed a replay against Rochdale in the last round, and the opposition here will be more of the same.

Another Premier League affairs sees Jose Mourinho and Tottenham visit Southampton. It’s crazy to think how good Southampton have been recently, and they are now only three points behind Spurs in the league. Jose will really want to win a trophy this season, and will see the FA Cup as his main opportunity. Nevertheless, if form is anything to go by, then the Saints should be the ones in the hat for the next round come the end of the weekend.

The game of the weekend is surely Tranmere v Man Utd. Every one in the country will be backing Rovers to do one over the Red Devils, and it could really happen. Tranmere knocked out PL opposition in Watford on the Thursday night replay. They did so after extra time, to spark wild celebrations at Prenton Park. Man Utd lost at home to Burnley on Wednesday, with boos greeting the team as they left the pitch. A stark contrast to their opponents.

The Utd players are in for a shock, as the Prenton Park pitch is in a sorry state. Ole’s squad certainly do not look like a team that will dig deep in dire conditions. Tranmere showed in the previous round that they aren’t scared, even if they fall behind. After trailing 3-0 in the against Watford away, they battled back to make the game 3-3 to send it to a replay. What’s more Utd come into this game seriously lacking confidence. It is surely the lowest ebb of Ole’s reign so far.

It would be silly to assume Solskjaer will field a weakened side, as Tranmere would sense an opportunity straight away. Even so, if the going gets tought, the Utd boys will wither. It’s crazy to think how far this side has fallen in recent years. Prenton Park will be packed, and everyone in this newsroom will be hoping for an upset! It’ll be a real traditional game full of fire an passion. It’s what the FA Cup is about and we can’t wait!

I don’t think it’s an opportunity because of the form United are in. I know they have a threat. We have to make sure we are ready… We have to go out there and understand that is what will come here. They are an unbelievable football club and we are a League One club, at the bottom end of League One, but we are going to give it everything we’ve got.– Micky Mellon, Tranmere Rovers Manager

FA Cup games are notoriously difficult to predict. Even so, we’ll give it a go. Below are our picks for the weekend’s action:

We’ve put some surprises in there, maybe more out of hope than expectation! Even so, there always is something that happens that takes us off guard. We’re excited for the weekend’s football, and you should be too! All of the games are featured at our bookie of the week, Bethard. 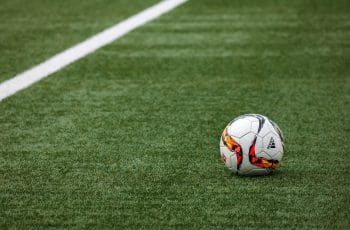