The Europa League final take place this week, with Manchester United playing Villareal on Wednesday. United boss Ole Gunnar Solskjær could land his first trophy with a win but must overcome former Arsenal boss Unai Emery, who has won this trophy three times before.

It’s easy to dismiss the Europa League final unless you are a Manchester United or Villareal fan. Often seen as a poor relation, the Europa League doesn’t have the prestige or glamour of the Champions League. That said, a lot is riding on this game. Nearlyman Solskjær can finally lead his team to glory. Villareal is unlikely to be push-overs though, this is their fifteenth game in the competition, and they are the only team to be unbeaten.

The bookies @5/6 believe that Ole Gunnar Solskjær will be celebrating on Wednesday night. The manager is in a good place, with Champions League qualification already secured thanks to a second-place finish in the Premier League; a European trophy could be the icing on the cake.

However, it’s quite easy to make a case that United may have peaked too early and some of the players look shattered with the Euros starting next month.

United had the luxury of playing a second-string team against Wolves at the weekend. Teenager Anthony Elanga netted his first goal for the senior team on 13 minutes. Nelson Semedo levelled for the home side before a Juan Mata penalty gave United the win at Molineux. The win was significant because the Red Devils had gone a full Premier League season unbeaten on the road.

The win stopped a three-game winless run which started with a home defeat by Leicester City. Local rivals Liverpool also won at Old Trafford (2-4), and Fulham escaped the Theatre of Dreams with a point. United have suffered thirteen home defeats in all competitions, which is hardly championship material.

Bruno Fernandes is likely to be a key player in this game. In the league, he has had 30 goal involvements in thirty-five starts. In the Europa League, he has scored five and created four in eight starts.

United fans will hope that Harry Maguire makes a miraculous recovery from injury and can feature in the game. Struggling with a foot injury, the latest reports state the 28-year-old only has a 25% chance of recovering. That would be a big blow to the team that tends to make their lives difficult in games.

Player to watch: – Bruno Fernandes is at the heart of everything United do and is, of course, the main man from the spot. So 13/8 to score anytime seems a good bet—50/1 for the hattrick for the adventurous among you.

While the Europa League is not highly thought of in England, Villarreal manager Unai Emery has a great relationship with the competition, winning it three times in a row from 2014 – 2016 with Sevilla.

His success led him to become the manager of PSG, replacing Laurent Blanc in 2016. He spent two years at the club, collecting seven trophies, including the title as part of a treble in 2018. Thomas Tuchel, the now Chelsea manager, replaced him.

He became Arsenal manager in May 2018 stayed until November 2019, having had a 55.1% win rate at the club and losing finalists in the Europa League in 2019. They lost that final to bitter rivals Chelsea. A final famous as it was the first to implement VAR.

His current team Villarreal are a steady team. Since winning promotion at the first attempt in 2012, their league finishes have been 6,6,4,5,5,14,5 and 7. Their most valuable player is centre-back Pau Torres who transfermarket value at £45m has been strongly linked with a move to Old Trafford. The 24-year-old played thirty-three games for the Spanish club last season.

The goal threat comes from Gerard Moreno. The 29-year-old has thirty goal involvements (23 goals, seven assists) in thirty starts in LaLiga. He has also been productive in the Europa League, with six goals and three assists in the eight starts. In addition, Moreno has been in five finals in seven years with three different clubs. He reached the closing stages with Sevilla, Liverpool and Villarreal. The Liverpool connection should ensure the player’s involvement meets with verbal feedback from the United support in the ground.

Villarreal’s price of 7/2 seems generous and could be worth considering. A draw @ 12/5 is also interesting; extra time wouldn’t surprise us here.

Player to watch: – Gerard Moreno @ 9/4 seems good value for the ex-Liverpool player, 14/1 to score two also seems a decent shout. The brave can get 80/1 for a hattrick.

The Europa League final between Villarreal and Manchester United will be shown on BT Sport 1. Kick-off is at 20:00. 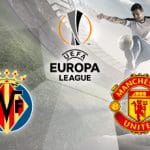