Both Tottenham and Liverpool lost their first leg matches in the semi-finals of the Champions League. Spurs lost their home match 0-1 to Ajax, while Liverpool were soundly beaten 0-3 away at Barcelona to leave their chances of making the final slim.

Many had predicted an all English final, but the chances of that happening are very remote. Tottenham must travel to Amsterdam to try to overturn a one goal deficit, whilst Liverpool have a mountain to climb, after failing to score an away goal and losing by three goals to Barcelona.

Messi’s two goals will likely prove vital in Barcelona make it through to the UCL final.

Liverpool certainly have the right to feel hard done by after Wednesday night’s result. Despite playing well and being perhaps the better team in the Camp Nou, Liverpool’s hopes of making the final are hanging by a thread, after they lost 3-0 to Barcelona.

Liverpool enjoyed more possession and had more shots on goal, but they lacked the clinical edge to take something from this tie. They had opportunities to find what could prove to have been a crucial away goal, but unlike Barcelona, they didn’t take those opportunities. Mo Salah, who didn’t have a bad game, was perhaps the main culprit. Hitting the post from six yards out in the closing stages when it looked easier to score could prove the difference between Liverpool progressing and going out, depending on the result at Anfield next week.

Liverpool started the match strongly and looked in little danger. However, a single lapse in concentration at the back led to the opening goal for Barcelona. Jordi Alba whipped in a low cross and Suarez was able to slip in between two defenders, with a deft touch taking the ball away from Alisson.

Liverpool continued to play their brand of football and controlled much of the game. Chances came and went. Sadio Mane missed the biggest one, as he caught onto a Jordan Henderson cross, but couldn’t find the target with a left footed effort.

Enter Lionel Messi. The Argentinian had showed flashes of brilliance throughout, although his opening goal was a tap in. Some fortunate bounces and rebounds meant the ball fell to Messi in front of an open net, after a Luis Suarez volley with his thigh came back off the bar.

But the next goal was pure brilliance. A sublime free-kick, hit at an almost impossible trajectory, was laser-guided into the top corner by Messi from almost 30 yards out.

That goal was a hammer blow to Liverpool, who barely deserved to lose the match, let alone by three goals. It leaves them with a monumental task at Anfield. Should Barcelona score just once, then Liverpool will need five goals to progress.

Spurs also fell to defeat in their first-leg match, but by a lower margin. However, Ajax’s win also brought them a crucial away goal, meaning the onus is on Spurs in Amsterdam.

Tottenham started poorly and Ajax’s dominance eventually led to a deserved goal. Van der Beek somehow had time to stop and pick his spot in the corner of the net inside the Tottenham penalty box, after being played through by a cutting pass from Ziyech.

Spurs looked sluggish, much like in the preceding match against West Ham. Injuries and fatigue are compounding the Tottenham team, while the suspended Son Heung-min was clearly missed.

It was an injury to Jan Vertonghen, one of Spurs’ better players, that ironically turned things around in favour of the hosts. Moussa Sissoko, an inspiring presence in the Tottenham midfield, entered the fray and immediately made an impact.

Spurs were suddenly dominating possession, but clear cut chances were not created. With another vital EPL match coming up against Bournemouth at the weekend, the pressure will not be relieved any time soon. Like Liverpool, Spurs face a daunting task in the second leg. 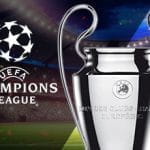