England have been humiliated as Australia romp to a ten-wicket victory in the first Ashes Test held in Gabba, Brisbane.

A rampant Australia won the first Ashes test with relative ease as they swept aside England with 10 wickets to spare and take a 1-0 lead in the five-match series. Australia only needed 56 runs to take an early lead in the series and it took the hosts less than an hour to reach that total.

This defeat means England have now lost six test matches on the bounce in Australia, following the 5-0 whitewash they suffered in 2013. Psychologically, they will need to recover quickly.

England captain Joe Root, who improved his first innings total of 15 wfith a second innings total of 51 felt that Australia were flattered by the 10-wicket win. In a post-match interview the 26-year-old said:

It doesn’t really feel like a 10-wicket defeat. We came here fully confident we could get the win. For three days we were excellent but missed a couple of chances with bat and ball in the first two innings.– Joe Root, England cricketer

Root will be pivotal to England’s hopes in the test series. However, his task to galvanise the squad will no doubt be hampered by yet another report of indiscipline by an English cricketer that is hitting the headlines in both Australia and back home.

The sporting press are full of stories of an alleged headbutt by England’s Jonny Bairstow on Australia’s Cameron Bancroft at a bar in Perth in October.

Fox Sports News broke the story, claiming that when the pair met at the Avenue Hotel in Perth, Bairstow aimed a headbutt which connected to the side of Cameron Bancroft’s head.

In Fox Sport’s article, it is implied that Bairstow’s actions were a result of the constant sledging that the Englishman endured at the hands of the Australian players previously and was an act of revenge.

This report is at odds with Andrew Strauss, who claimed that a ‘bumping of heads’ was something that Bairstow did regularly with his rugby friends. Although Strauss admitted that he didn’t know why Bairstow greets friends in this manner.

And while both players involved have been dismissive of the seriousness of the incident, the fact that the English cricket team are effectively on a social lock-down whilst the test with Australia continues, shows that the English Cricket Board are concerned this latest indiscretion harms the English preparation and is more evidence of a drinking culture in the England camp.

This first test defeat showed how much England are missing the brilliance of talisman Ben Stokes. To be fair to England, even though they lost the first test, they were in contention for long periods of play. Had Stokes been available for selection then a different outcome wouldn’t have been beyond the realms of possibility.

Stokes, who is unavailable due to a police investigation of an alleged assault, had been pictured at Heathrow airport, prompting rumours that he has been cleared to play in the Ashes.

However, these rumours were quickly quashed by the ECB, who state Stokes was flying to New Zealand to spend time with his family. England fans will be hoping that the police investigation is concluded soon so that he can still play some part in this test series.

The next Ashes match starts at the Adelaide Oval, on Saturday, December 2nd at 3:30. 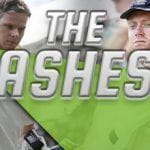