The Lionesses have been eliminated from the World Cup after a 2-1 defeat to favourites the USA. England will play a third place match against either Sweden or Netherlands on Saturday in Nice. 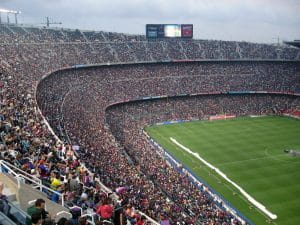 The USA will head to the final while England will play a third place match against either Sweden of the Netherlands. © Pexels.

The USA were deserving winners, but it could have been different. Luck was not with England after a marginal disallowed offside goal, as well as a missed penalty late in the game, meant they couldn’t overturn the deficit.

England started the match slowly and in truth they struggled to match the pace and intensity of the American team. The USA’s early dominance was quickly rewarded when Kelley O’Hara crossed from the right-wing and Press met the ball with a header to put the USA in front.

England looked like they could be swept aside. The Lionesses struggled to keep possession and lacked any sort of decisiveness in the final third. However, they were soon level. An inch perfect cross from Mead was met by Ellen White on the edge of the six-yard line. The ball flicked off her toe and found the net via the inside post.

That goal was met with jubilation by coach Neville, who was warned for running onto the pitch in celebration. It also gave the England team hope. They had dissected the USA defence with ease, showing that with a turn of pace, it could be done.

The cheers did not last long though. Alex Morgan met a Lindsey Horan cross with a powerful header to put America back in the lead just minutes later.

The match continued in a similar style, with the USA dominating, but England snapping at their heals. A formation change from Neville did not influence proceedings as hoped. England came close; a disallowed goal for offside and a missed penalty in the closing stages of the game could have taken the game to extra time, but it was not to be.

Neville calls for smiles not tears

It has been a fantastic journey for the Lionesses, even though they came up short again. Coach Neville called for “smiles not tears” after the match, crediting the brave performance against a physically and technically superior USA team.

There will be reflection however. The costly penalty miss was England’s third missed penalty of the tournament, with the Lionesses appearing to suffer from a similar fear of penalties as their male counterparts. This is also the third consecutive semi-final defeat in a major tournament.

Mostly there will be pride. The tournament has been a success overall for England and they could finish third with a win on Saturday. Looking back at the tournament, Neville said:

They’re sick of losing semi-finals, I’m sick of it, we want to win. The difference was the US knows how to win. Their game management was spectacular. In the post-match huddle I told them I didn’t want tears because we’d lost the way I wanted us to play. With courage. We can have no regrets. We gave it our all and we’ve had the best 46 days of our life at the best World Cup ever. We don’t want it to end.– Phillip Neville, England Manager 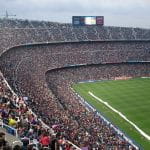