This years’ Olympic and Paralympic Games have been postponed until 2021 due to the global spread of the coronavirus virus. The event will now take place next year “no later than summer 2021”. 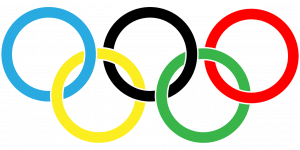 Japan’s Prime Minister, Shinzo Abe, suggested the delay to International Olympic Committee president Thomas Bach who agreed with the decision to delay. Bach has said the rapid spread of coronavirus across the globe and its acceleration in the areas already affected meant there was no option but to postpone the Tokyo Olympic Games for a year.

Even though the showpiece event will now take place in 2021, organisers have confirmed that the games will still be called Tokyo 2020. In a joint statement released by the organisers of Tokyo 2020 and the IOC, they state that they have based the decision on information provided by the World Health Organisation (WHO) that state that the Covid-19 pandemic is ‘accelerating’.

Adhanom Ghebreyesus, director-general of the World Health Organisation highlighted the speed of the spread of the virus, saying, “there are more than 375,000 cases now recorded worldwide and in nearly every country, and their number is growing by the hour.” Such is the dramatic spread of the coronavirus that in just 24 hours since the WHO advised the IOC, the number of confirmed cases had exceeded 425,000 cases. There have been almost 19,000 deaths, and the virus has been confirmed in 197 territories.

Despite the growing numbers of people infected, Tokyo 2020 organisers had been adamant that the tournament would not be postponed. As late as last week the IOC said talk of postponement was “not on the cards”.

In order to organiser a successful Games, we need to be in full agreement, and we need to be united, for a postponement we need, of course, the full commitment of our Japanese partners.– Thomas Bach, IOC Chairman

Olympic gymnast Max Whitlock said that Athletes were of course devastated with the decision; however, like a lot of athletes, he was happy a decision had been made. The 27-year-old from Hemel Hempstead has been using his Instagram to host live workout sessions to help those self-isolating to get physical exercise. The five-time Olympic medallist (2 golds and three bronzes) revealed he would be starting ‘gym at home’ lessons next week as gyms are closed down due to coronavirus containment measures.

With the question of the Olympics now answered, many are now questioning whether Wimbledon will take place as planned. With the UK peak of the coronavirus not expected to hit for another two or three weeks, the likelihood of tennis taking place at Wimbledon this year seems remote. The All England Club is likely to decide on the tournament that is scheduled between 29 June-12 July. Other tennis tournaments have been postponed; The French Open due for May has been rescheduled to September this year. The ATP and WTA Tours were already postponed, initially pushed back to April and May, this date is now set for June, which also appears unfeasible.

The All England Club has already ruled out playing Wimbledon without spectators. The club’s sites and courts, alongside Wimbledon Park Golf Club and Raynes Park, are currently closed to the public with just skeleton staff levels to maintain the courts, lawns and greens. Chief executive Richard Lewis said that postponing Wimbledon until later in the year “is not without significant risk and difficulty”. He added that the virus posed an unprecedented challenge and public health is the number one priority. Lewis confirmed a decision would be made this week which he believed would bring certainty to the situation.

With so many sports events being cancelled and non-essential workers told to stay at home, sports fans are being creative in finding new (or old) forms of entertainment. One of the best examples of this is marble racing. Featuring an opening ceremony and exciting marble action! The full 2 hours and 30-minute spectacle can be found on YouTube. A great example of what can be achieved with plenty of time of your hands. 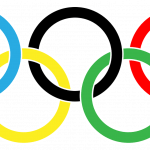