The second leg of the Copa Libertadores final is expected to take place at Real Madrid’s Bernabeu Stadium in Spain. Boca Juniors were due to play River Plate at the Estadio Monumental Stadium, but violence blamed on hooligan gangs has seen the fixture moved to Spain.

Fans of River Plate and Boca Juniors face a gruelling 13-hour non-stop flight if they wish to see their team in action in the second leg of the Copa Libertadores final. Violence before the 2nd leg, blamed on hooligan group Barra Bravas, has seen the tie moved nearly 7,000 miles away. Although not officially confirmed, it is being reported that Real Madrid’s home ground, the Bernabeu Stadium, will be the venue for the match.

Hooligan group Barra Bravas have been blamed for the trouble that saw the postponement of the Copa Libertadores. The 2nd leg will now take place in Real Madrid’s Bernabeu Stadium in Spain.

The 1st leg was drawn 2-2 in a thrilling match that saw River Plate twice come from behind to earn the draw. Goals from Lucas Pratto and an own goal from Carlos Izquierdoz cancelled out goals from Dario Benedetto and Ramon Abila. The Copa Libertadores is the South American equivalent of Europe’s Champions League. The 1st leg was the first time that the two teams had met in the final. Bitter rivals in the Argentine Primera Division, there is a long history of trouble between the sets of supporters. The second leg had been due to take place on November 24th but was postponed when River Plate fans attacked the Boca Juniors bus with bottles and rocks. The attack has been blamed on the Barra Bravas organised group of hooligans who are similar to the Russian ultras, Red Star Belgrade’s Belgrade Boys and Zulu Warriors.

The attack on the coach was so severe that three of the windows were smashed and this resulted in injuries sustained by Pablo Perez and Gonzalo Lamardo. Perez appeared to have the most severe injuries with glass splinters entering his eye which caused the midfielder to be admitted to hospital.

Riot police were called in to deal with the River Plate fans and tear gas was used which affected many of the Boca Juniors players. Boca player Carlos Tevez was one of the players who felt the effects of the gas and was scathing in his attack on FIFA who initially stated the clash should go ahead as planned.

The decision to move the final has not been a popular one, especially in Argentina, with many critics accusing the organisers South American Football Confederation CONMEBOL of using the violence as an excuse to make more money. The confederation had interest from Miami, Doha and Paraguay before Madrid’s Bernabeu was reportedly chosen.

If the final does go ahead on Sunday it is likely to be a different atmosphere than any since its inception 58 years ago. Both teams have been allocated just 5,000 tickets each with Real Madrid fans having the first option for tickets. However, with flights and hotels likely to cost the equivalent of three months’ salary, it is highly unlikely that either team will use all their allocation. 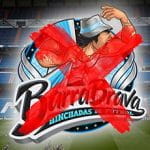