City win and Liverpool draw in the Champions League

Both English clubs in action in the Champions League this week have a good chance of progressing. Manchester City fought back to win at Schalke while Liverpool will travel to Bayern Munich knowing a score-draw would be good enough for them to progress.

Pep Guardiola believes his side are not yet ready to challenge for the Champions League. That is despite his ten-man Manchester City team producing a spirited fightback to beat Schalke 3-2 away. Despite the manager’s misgivings, City will be confident of making the quarterfinals.

Manchester City were just five minutes away from suffering their first defeat in the Champions League at the hands of a German team.

Liverpool could only draw with Bayern Munich, but Manchester City staged a late comeback to beat Schalke 04.

City took the lead in the 19th minute thanks to the dependable Sergio Agüero, who became the top goalscorer in the top five European leagues in 2019 with 11 goals. His recent form is incredible, with the Argentine striker scoring ten goals in his last seven games.

Early indications in the game was a routine City win but by halftime the German team had taken the lead thanks to two Nabil Bentaleb penalties. The first was awarded when Nicolas Otamendi handled a forceful Daniel Caligiuri shot. The City player appeared to try and move his arm away from the ball but after a long VAR delay, the penalty was given. The second penalty was much more clear-cut. Fernandinho was pulling Salif Sane and the referee had no hesitation in awarding the spot kick. Once again Bentaleb made no mistake from 12 yards.

Schalke’s hopes of increasing their nine-game unbeaten run at home in Europe were boosted in the 68th minute, when City’s Otamendi received his first ever red card for the club on his 161st appearance. He received a second yellow card after a foul on substitute Guido Burgstaller.

Former Schalke player Leroy Sané broke his former club’s hearts with a spectacular goal in the 85th minute. Fresh to the action the substitute curled home a free-kick from 30-yards out to level the game.

The German team would probably have begrudgingly settled for a draw at that stage but minutes later the comeback was complete for City, when Raheem Sterling showed his class by calmly stroking the ball into the net.

After the game, most of the discussion was centered once again on VAR. A three-minute delay took place while the Otamendi handball decision was adjudicated. What infuriated City fans is that under UEFA rules, the referee should review a decision on a pitchside monitor. Remarkably the screen was broken and the referee instead relied on the decision of the VAR team.

The City manager after the game said he had no complaints and he remained very much in favour of the technology.

Leroy Sané, whose goal levelled the game, expressed his sympathy for his former employees and gave them credit for a fighting performance. He said:

I was a little bit sad for Schalke because the atmosphere was amazing like it always is. Schalke did really well, the way they defended made it difficult.– Leroy Sané, Manchester City footballer.

While fans at the Veltins-Arena enjoyed a five-goal thriller, the action at Anfield was much more mundane. Pre-match predictions of a goal fest proved to be wide of the mark as Liverpool and Bayern Munich ground out a goalless draw.

Liverpool, boasting one of the most feared front three in Europe, were wasteful on the night. Coupled with an excellent defensive display by the Germans, that led inevitably to deadlock. Credit must be given to Liverpool for their own defensive display. Missing the suspended Virgil van Dijk meant a shift to defence for midfielder Fabinho. As a makeshift centre-back, he performed well.

The return of van Dijk for the second leg will be welcomed by Jurgen Klopp. Not conceding at Anfield has meant this tie is delicately balanced and either team could win it. Liverpool are now unbeaten at home in 20 games but they will be fearful of their away record, something that has made life difficult for them for a while.

Bayern are one of only three teams in this Champions League yet to taste defeat with four wins and three draws. They are a highly experienced side who will encourage Liverpool to attack and look to exploit any gaps. The game is likely to feel like a cup final for both teams. 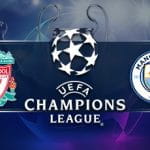