The current champions won the league by seven points last year in Antonio Conte’s first season with the London club. All the main rivals have strengthened their teams and competition is bound to be fierce. Can Chelsea do it? We rate their chances here.

Last year Chelsea didn’t have the distraction of European football to contend with, so it wasn’t a huge surprise that the Premier League trophy now sits proudly at Stamford Bridge. This year they don’t have that luxury but have already splashed out a sizeable chunk as they prepare to defend their title.

Ins and Outs at Chelsea

Chelsea are infamous for their policy of buying players and then sending them out on loan. This year alone they have 23 loan players coming back from loan. Chances are most of these players will go straight back out on loan.

Roman Abramovich has never been afraid to spend big and in his time at Chelsea he has invested £806 million on transfer fees and £2.4 billion on wages! This spending pattern continues this season with expenditure currently sitting at £119 million. Although this is a net spend of only about £17 million due to departures.

Chelsea will be aiming to become the first back to back winners of the Premier League since Manchester United retained it in the 2008-2009 season. They have spent heavily already but the chequebook is likely to be hit again before the close of the transfer window.

One goal this season will be to keep hold of their top players, if PSG do sign Neymar for £200 million then Barcelona may well come knocking at Chelsea’s door asking about Eden Hazard. The loss of Hazard would be a huge blow for the club.

After missing out on Europe last year, I expect Chelsea to give it a real shot this year. Chelsea won the Champions League for the first time in 2012 but have largely been ineffective since, going out in the last 16 in their previous two appearances. The FA cup is also likely to be within reach.

Chelsea’s title win last season was largely down to a masterstroke from Conte. At the beginning of the season he preferred a 4-1-4-1 formation and it wasn’t going well. After a heavy 3-0 defeat at Arsenal, many bookies had Conte favourite to get sacked as they were in eighth place at the time.

Conte switched to a 3-4-3 and the results were instant and remarkable and Chelsea went on a 13-match unbeaten run. The defence was holding firm and it created space for the awesome Kante to exploit.

With the wing backs supporting play, this often created a situation where it was five attacking players against four which left a spare man who was often at the far post.

A worrying sign for Conte was how towards the end of the campaign, teams would match the 3-4-3. Tottenham are such an example and beat Chelsea 2-0 by going man-to-man and playing with more intensity. No doubt we will see more teams playing this way against Chelsea this season.

Weaknesses and Strengths of Chelsea

Chelsea’s biggest strength is that they have a core of players who consistently give good performances. Players like Hazard, Alonso, Kante, Moses and Azpilicueta regularly score over 7.2 in matches. This is reinforced with great support play with the creative players relieved of some of their defensive duties.

Midfield is a mixture of creativity and hard graft and Chelsea excel at relieving the opposition of the ball when it’s in midfield. They are also very strong at converting chances into goals. Of the 207 shots Chelsea took they scored on 85 occasions giving a ratio of 20.9% (Spurs had 17.6% and Manchester United had 13% in comparison).

One of the strangest transfer stories this year revolves around Diego Costa. The 28-year-old had a great season last year scoring 27 goals in 46 games with a great average rating of 7.41. Newspaper reports state that Costa sent manager Conte a joke text message to which Conte replied with a message stating Costa was no longer part of his plans. Costa went public with the message and it certainly looks like Costa’s days at Stamford Bridge are almost over. Although the club have since signed Álvaro Morata but it is still a gamble that the new recruit can match Costa’s goal tally instantly.

Most Important Players for Chelsea

Michy Batshuayi – With Diego Costa likely to leave, one player who could benefit is Michy Batshuayi. His goals per minute rate is the best at Chelsea and rivals the top strikers in the league. Batshuayi joined Chelsea from Olympique de Marseille for £33.8m and has had some assured performances in a Chelsea shirt.

Álvaro Morata – Instead of the expected Lukaku, Chelsea instead splashed out £55.5 million on the Spanish striker. This fee could raise to £70 million with add-ons but Chelsea will see that as a bargain if his goals help them to more success. Although only a bit-part player for Real Madrid last year, when called on he produced. In 26 league games, he scored 15 goals and produced 5 assists. An exciting prospect.

Eden Hazard – Hazard is simply a stunning player! In his Chelsea career, he has played in 249 games, scored 72 and made 71 goals. Consistency is such a part of his play and you can see this with the stats from his previous club Lille. At Lille he scored 50 and assisted 54 in 194 games. Mr reliable.

A big part of Chelsea’s success last season was down to the excellent signing of N’Golo Kante. At £34 million we may be talking about this as deal of the decade in a few years’ time. People laughed when Conte brought in Luiz but he slotted straight back into the team and performed well.

Conte has brought unity into a dressing room that was fractured during Mourinho’s second stint at the club. As a result of playing great football, the title was well deserved!

Where Will Chelsea Finish?

I personally don’t think Chelsea will be the team lifting the Premier League trophy this year. Top four yes but I feel their European exploits may harm their domestic bid.

If you disagree Betway have Chelsea as joint second favourites with Manchester United at 7/2, just behind Manchester City at 7/4.

A great promotion that Betway run is the chance to get £10 in free bets every week when you bet at least £25 of accumulators a week in any sport. If like me, you were going to bet anyway, it’s an added bonus. This promotion is open to new and old customers and of course, terms and conditions apply. 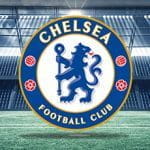