The calls for Chelsea’s signing of Andreas Christensen to be probed by the Premier League are getting louder after a Football Leaks report alleges Chelsea broke transfer rules. Chelsea are already under investigation by FIFA for other transfers and could be handed a transfer ban.

The Premier League are under pressure to investigate Chelsea’s signing of central defender Andreas Christensen. Several clubs have urged the Premier League to look into allegations that Chelsea broke transfer rules when Christensen joined from Brondby in 2012.

Football whistle-blower site, Football Leaks have released documents that allege to show that Chelsea paid Andreas Christensen’s father, Sten Christensen a total of £656,640 over four-years, even though he was employed as a goalkeeping coach at Brondby at the same time. The payments started on July 1st, the same date that the defender signed for Chelsea.

The signing of Andreas Christensen could be investigated by the Premier League. If wrongdoing is proved, the London club could be hit with a transfer embargo.

Any ban on signing youngsters could hit Chelsea hard as they are already under investigation by FIFA over the signing of Bertrand Traore and 13 other youngsters. FIFA have spent three years scrutinising Chelsea’s signings and another report also released by Football Leaks, claims FIFA have found irregularities and evidence of Chelsea deliberately misleading authorities.

FIFA’s Integrity and Compliance unit have reportedly found evidence that although Bertrand Traore signed professional terms with The Blues on his 18th birthday, Chelsea paid £155,000 to Traore’s mother two years earlier when Traore was aged 16 to secure first refusal on the player. It is believed the duration of this agreement was four-and-a-half years, the limit for under 18’s is three years.

Chelsea are denying that they are guilty of any wrongdoing and maintain they follow all the rules on transfer, stating they have documentation to prove this. In a short statement the club said:

“We have fully cooperated with Fifa and provided comprehensive evidence demonstrating its compliance with the applicable Fifa regulations”. – Chelsea spokesperson.

Despite Chelsea’s denials, the club face an anxious wait to find out FIFA’s verdict. Unlike breeches of Financial Fair Play (FFP), FIFA have been aggressive in their punishment for breaking the rules on signing under 18’s. According to FIFA’s regulations, the transfer of minors were accepted only in three scenarios – the player’s parents have moved to another country for non-related reasons; the move takes place within the European union if the player is aged between 16 and 18; or the player’s home is less than 50 kilometres from the national border being crossed.

Atletico Madrid and Real Madrid were not allowed to register new players in the summer transfer window in 2016 and the winter transfer window of 2017 when found to have broken these rules. Barcelona also had a similar ban imposed on them in 2014 for two consecutive windows but controversially the ban was temporarily lifted allowing Barcelona to sign Luis Suarez, Marc-Andre ter Stegen, Claudio Bravo, Jeremy Mathieu and Thomas Vermaelen before the ban was re-imposed. 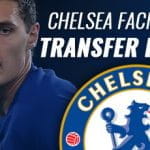