Chelsea started last season on a high as the defending champions after their successful 2016-17 Premier League campaign with their new manager at the time Antonio Conte. However, as is often the case with Chelsea, internal squabbles damaged their season, although Chelsea did win silverware, beating Manchester United in the FA Cup final.

A new manager is what the headlines at Stamford Bridge are all about this season. But as Maurizio Sarri becomes the 13th managerial appointment made by owner Roman Abramovich since he took over the club in the summer of 2003, it is hardly a surprise.

The new manager comes with a new style of play that was very successful for his former team Napoli last season in Italy. He shares the same philosophy with Manchester City manager Pep Guardiola with a style of play that is composed of lots of passes, very high pressing, and possession football. The 59-year-old Italian has never won a title but came close to winning the Serie A title last season with a very average team.

Will a new manager improve Chelsea’s chances of winning the Premier League?

Jorge Luiz Frello Filho, more commonly known as Jorginho, is the first and only player Chelsea has managed to sign so far. A player who was on the radar of champions Manchester City, who felt a deal was done, but the player decided to join his former Napoli manager in his new role as Chelsea boss as they have a good understanding.

Jorginho is very consistent in his performances, boasts great fitness levels and featured in 54 matches last season. The best quality of the 26-year-old Italian is his passing expertise – he managed an average of 89% complete passes throughout the season.

Potential targets for the new manager include Aleksandr Golovin from CSKA Moscow – who has just had an impressive World Cup campaign with Russia – and Gonzalo Higuaín from Juventus. There have been rumours of a swap deal between Chelsea’s Álvaro Morata and Higuaín, but such a deal would be a surprise with Morata being five years younger.

No senior player has left the squad as most of the players heading out are junior players going on loan including Robert Kennedy who had a good spell at Newcastle and has now extended his loan deal at St. James Park. However, the club are currently fending off interest for both Willian and Eden Hazard. You imagine that keeping Hazard will be central to Sarri’s plans and Chelsea’s chances this season.

Chelsea’s owner Roman Abramovich is really working on a long-term plan with the team to change the style of play and build in a good energy and feel among the players. Sarri’s style of play is similar to Manchester City’s and of course City easily won the Premier League. We can expect to see a much more attacking approach, very different to Conte’s tactics.

The major change will be from the 3-4-3 formation the team has been accustomed to into a new false nine system with four defenders and true left and right backs.

There may be no pressure for silverware but the Chelsea fans should be looking forward to a season of a good display of football and less drama. Silverware may be a long-term gamble as they look to defend their FA title and still have Thursday European matches to feature as favourites.

Strength – Defensive prowess. Former managers Jose Mourinho and Antonio Conte built their teams to be defensively sound. And whilst the new manager is likely to be more attack minded, the squad is a good balance of defensive minded players complimented with creative players.

Weakness – Change at the top. A new manager has a different playing style and it may take time for the players to adapt and get used to the new changes. The new manager doesn’t use wing backs thus players such as Marcos Alonso, who was the highest scoring defender in the top five leagues in Europe, may well be forced to play a more conservative role.

Eden Hazard – The Belgian has been Chelsea’s talisman over the years and was their best player through their title-winning season in 2016-17. In the FA Cup final, the 27-year-old was on target after being fouled in the box and scoring the only goal from the penalty spot. Real Madrid are reportedly interested in Hazard, who Chelsea must hang on to if they want success this year.

Willian – The Brazilian is a very important player coming from the right-hand side for Chelsea. His speed, dribbling, skill, technique, and great shots will be vital for The Blues, especially if Hazard decides to leave. Barcelona have bid £65 million for the player with Manchester United also interested, so there is a real chance he too could leave the club before the season starts.

N’golo Kante – The World Cup winner has now received world recognition after an impressive tournament in Russia. The 27-year-old midfielder is very industrious in his role just in front of the defence and will be a great inclusion in the team this season, especially with the player brimming with confidence from his successful World Cup campaign.

Chelsea this season are likely to view a top four finish as a success in Sarri’s maiden year. They will be playing in the Premier League, UEFA Europa League, FA Cup, and League Cup competitions.

The Europa League could well make or break Chelsea’s season. Win it and they automatically qualify for the next year’s Champions League.

The bookies have Chelsea as fourth favourites to win the Premier League with odds of 14/1. They are favourites to clinch the UEFA Europa League with odds of 7/1. The odds of Chelsea retaining the FA Cup are 15/2. With so much going on, it remains to be seen how Chelsea will fare under their new manager, while much will depend on whether Eden Hazard stays at Stamford Bridge. We think they’ll be fighting with Tottenham for a top four finish. 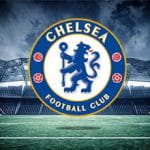