Chelsea have won the FA Cup for the eighth time in their history after beating Manchester United 1- 0 at Wembley. A calmly taken penalty in the first half by Eden Hazard was enough to separate the teams.

Hazard’s composed penalty in the 22nd minute was enough to separate the teams and gift Chelsea manager Antonio Conte what could be the perfect leaving present. Phil Jones’s needless attempted tackle on Hazard was punished by Michael Oliver who had no hesitation in pointing to the spot. The 27-year-old Belgium midfielder confidently converted the spot kick, with United’s goalkeeper David de Gea going the wrong way.

Luckily for Jones the referee deemed there was an attempt to play the ball and in-line with new rules introduced last season, the colour of the card was yellow rather than red. Although a few supporters and probably Jones himself had a nervous wait while the card was shown.

Chelsea beat Manchester United 1-0 at Wembley to win the FA Cup for the eighth time in their history. The victory is unlikely to save Antonio Conte’s job though with the 48-year-old expected to be replaced before the new season.

Chelsea deserved the early lead, starting the game the more positive side. With United’s top scorer Romelu Lukaku on the bench, much of United’s build up play was disjointed and easily dealt with by a resolute Chelsea defence. On the rare occasions that United did get into the Chelsea penalty box, a combination of Chelsea goalkeeper Thibaut Courtois, poor finishing and the offside flag saved the Blues.

After the interval, United upped the pace with English forward Marcus Rashford forcing Courtois into making a double-handed punch to clear the ball.

United thought they had levelled the game on the hour mark when a Rashford ball found Alexis Sánchez who squeezed the ball in, but the linesman correctly raised his flag, as the 29-year-old was offside. The decision typified Sánchez’s afternoon, as the Chilean is struggling to replicate the form that made him so dangerous at his former club Arsenal.

With United showing more attacking intent in the second half it created spaces for the Chelsea counterattack. Marcos Alonso should have done better with a chance but hit his shot straight at De Gea.

Chelsea felt they should have had a second penalty when a Victor Moses cross bounced off Ashley young’s arm. The referee consulted the video assistant who adjudged that Young hadn’t made any attempt to divert the ball so play continued.

As time was running out, Anthony Martial and Romelu Lakaku came on but rarely looked like scoring. Man of the Match N’Golo Kante was his usual industrious self and chased every ball and harried the United players.

It was Kante’s harassment of Nemanja Matic late on that forced the Serbian to miss and Pogba should have done better after a slip by Olivier Giroud, but the £89 million player saw his header go well wide. Chelsea held on, giving Jose Mourinho his first taste of defeat in a final since he became Manchester United manager.

Much of the talk both before and after the match was the omission of Romelu Lukaku from the starting line-up. United seriously needed their 30-goal target man and although recovering from injury, United manager Jose Mourinho seemed to suggest that Lukaku didn’t want to play as he didn’t want to scupper his World Cup chances. This news understandably hasn’t gone down well with the Old Trafford faithful.

The victory for Antonio Conte is likely to be bittersweet; The FA Cup win is not expected to be enough to see him remain in charge of Chelsea next year. Chelsea finished 30 points behind champions Manchester City but it is their failure to secure 4th spot and Champions League football that may have sealed Conte’s fate. 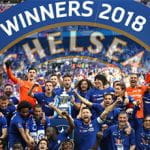 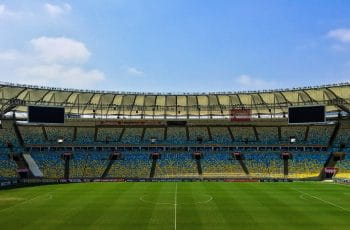 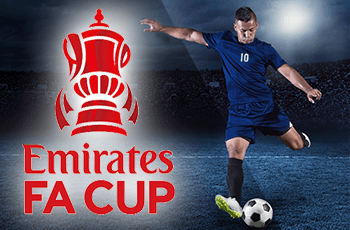 FA Cup Third Round Games. The Teams and Players to Watch