This year’s delayed Champions League Tournament has finally reached the semi-final stage. Manchester City’s shock 3-1 defeat to Lyon in the quarter-finals means there are no English teams left in the competition. There are still some great teams left, and in this article, we rate their chances of claiming the top accolade in club football.

Champions League: A Look at the Teams that Remain © Pixabay.

RasenBallsport Leipzig is a fairytale of a club, ten years ago they were plying their trade in the fifth tier of German football. This week, they beat Atletico Madrid 2-1 to set up a Champions League semi-final clash with giants Paris Saint-Germain. It’s been a wild ride for fans of the club, and it could yet get even better. Led by 33-year-old head coach Julian Nagelsmann and backed by energy drink giant Redbull, RB Leipzig is quickly becoming the neutral’s favourite. They are however not so well-liked in their native Germany, being branded the “most hated club in Germany”, rival fans still oppose the club’s ownership model which at least bends the “50+1” rule that is in force in the country. Leipzig had a fairly routine group to contend with and wins against Benfica, Zenit St. Petersburgh and a draw against Lyon saw them through. They beat Tottenham 1-0 away and 3-0 at home in the first knockout round. They saved their best performance in the quarter-finals, beating highly fancied Atletico Madrid 2-1 in a one-off tie, Dani Olmo in the 50th minute and a late goal in the 88th minute scored by Tyler Adams giving the German team a surprise win. João Félix had made the scoreline 1-1 with a penalty in the 71st minute. Leipzig faces PSG in Tuesday’s game.

Stat watch – Leipzig have played nine times in this year’s Champions League. They have scored 16 goals and have an average of 16 shots per game. Top-scorer Timo Werner (28 goals) is no longer with the club, the 24-year-old having agreed to terms with Chelsea. Patrik Schick is on ten goals, closely followed by Marcel Sabitzer on nine.

Odds of winning the trophy outright: 9/1

Since PSG’s takeover in 2011, the mega-rich owners have invested heavily in the team but despite domestic dominance, the French club have failed to land the big one. Often failing spectacularly and breaking records for all the wrong reasons. One example is when became the first side in Champions League history to fail to progress after a 3+ goal first-leg lead in a knockout match *AND* a 2+ goal lead after playing the first leg at home. In the 2016/17 season, PSG hammered Barcelona 4-0 in the first leg of the last-16 tie, the return? They lost 6-1! PSG stormed their group that consisted of Real Madrid, Galatasaray and Club Brugge. A highlight was the 3-0 destruction of Real Madrid in the first group game, almost a year ago now. PSG beat German side Borussia Dortmund in the first knockout round. A second-leg 2-0 win was enough to overturn a first-leg 2-1 defeat.

Stat watch – PSG have played nine times in this year’s Champions League. They have scored 22 goals and have an average of 12.2 shots per game. Kylian Mbappé (18 goals) has scored five goals in this competition, making four starts with four as a sub. The world’s most expensive player, Neymar has scored 24 goals this season, with three of these scored in the Champions League.

Odds of winning the trophy outright: 11/4

Few would have predicted that Lyon would have knocked out Manchester City in the quarter-final? City was the bookies favourite, and many tipped Pep’s men to go all the way. However, a Maxwell Cornet goal in the 24th minute and a late double from former Celtic man, Moussa Dembele, killed off City’s hopes. Kevin De Bruyne’s goal in the 69th minute a mere consolation in the 3-1 loss. Lyon had a pretty tough group that consisted of fellow semi-finalists Leipzig, alongside Zenit St. Petersburg and Benfica. A 2-0 win against Leipzig a highlight, especially given the form of Timo Werner for Leipzig at the time. Alongside the surprise win against City, they beat Ronaldo’s Juventus over two legs. An away goal in their 2-1 loss meant they qualified, thanks to a 1-0 home win in February.

Stat watch – Lyon have played nine times in this year’s Champions League. They have scored 14 goals and have an average of 12.4 shots per game. Moussa Dembele (25 goals) has scored two goals in this competition, making six starts with three as a sub. Another player having a good season is former Manchester United man Memphis Depay. The 26-year-old has scored 15 goals this season, six of those in the Champions League.

There are few certainties in life; death, taxes and Bayern Munich being in the latter stages of the Champions League are a few exceptions. The German powerhouse has won 30 domestic titles, including eight-in-a-row since 2013, and has lifted the UEFA Champions League / European Cup on five occasions. Few will bet against them making that total six this season. FK Crvena Zvezda and Olympiacos and Tottenham were the opposition in the group stage. Bayern Munich’s only real challengers on paper in the group stages was Tottenham. Still, Munich demolished the English team 3-1 at home and by an astonishing scoreline of 7-2 at the London Stadium. Chelsea was the opposition in the first knockout round but was duly demolished 3-0 and 4-1. They saved their best performance till the quarter-final the 8-2 destruction of Barcelona will live long in the memory of all that witnessed it. A true football spectacle, Manchester City fans might see their failure to progress as a blessing with the Germans being in this type of form.

Stat watch – Bayern have played nine times in this year’s Champions League. They have scored 39 goals, yes; you read that right! They have an average of 23.4 shots per game, almost twice as many as any other team left in the competition. Robert Lewandowski (55 goals) has scored 14 goals in eight appearances and has created five goals as well. Serge Gnabry is another Bayern threat; the 25-year-old German has 23 goals with seven scored in this competition. He’s an assist master, making 12 in total and boasts a passing success rate of 86.6%.

Odds of winning the trophy outright: 8/15

Leipzig face PSG on Tuesday with kick-off at 8 pm, Wednesday’s game is the other semi-final between Lyon and Bayern Munich, kick-off is also at 8 pm, and both games will be shown on BT Sport 1. 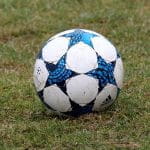 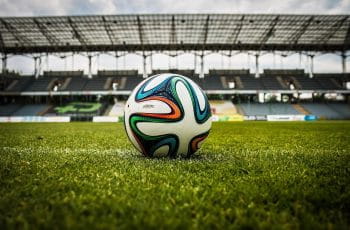 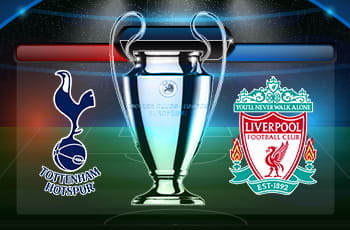 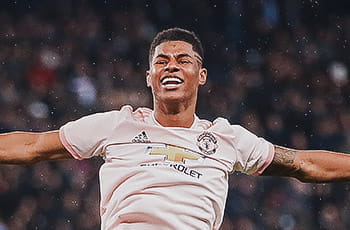