Now the domestic leagues are over, it’s time to turn our attention to Europe. Changes have been made to the tournaments, and the games come thick and fast. To prepare you for the action, let’s recap the situation and pick out some teams to look out for. 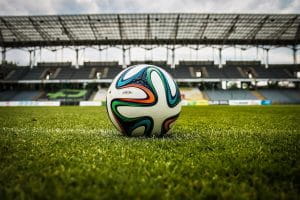 The Return of the Champions League & Europa Leagues © Pixabay.

In the Champions League, the knockout phase is scheduled to start on 12th August and the final set to be held on 23rd August. There are no proposed changes to the remaining Round of 16 games. These games are set to be played at the respective home grounds on 7th and 9th August.

The most anticipated match of the Round of 16 features the recently crowned La Liga Champions Real Madrid who head to the Manchester City’s Etihad after losing 2 – 1 at the Santiago Bernabeu. Real Madrid has turned their fortunes around since the restart, winning ten consecutive games to secure the La Liga trophy.

Madrid boasts the best defensive line in Europe this season with 19 clean sheets and just 25 goals conceded. The return of key players such as Eden Hazard and Gareth Bale as well as the emergence of Ballon d’Or contender Karim Benzema is a great boost for Zidane. Whether Gareth Bale continues to sleep in the stands during games is something we are looking forward to seeing too!

Manchester City are deemed the favourites to win the Champions League but still have to work to do with serious defensive issues. City has already lost nine times this season, an unwanted record for the manager Pep Guardiola. This trophy is the holy grail for City though, so expect that game to be a classic!

Chelsea has the toughest task in the Champions League after a three-nil thumping by the German Champions at the Stamford Bridge. The Blues need to get a big result at the Allianz Arena to qualify which looks highly unlikely with talent in the Bayern side. The advantage Frank Lampard’s team will have is that they would be the most match-fit side as Bayern won’t feature in a competitive game for a month before coming into this fixture.

Juventus need to overturn a one-goal deficit after losing 1 – 0 to Olympic Lyon. The Old wall of Turin will be relying on in-form Cristiano Ronaldo who has 28 league goals in 29 appearances this season. He is replicating excellence of previous years in which he helped Real Madrid win three consecutive Champions League trophies. His success in the competition is one of the main reason Juventus signed the veteran.

Barcelona drew 1 -1 against Napoli and have the upper hand in the second leg due to playing at home. The Catalans have a lot of internal issues that are finding their way to the pitch, but with Lionel Messi on the pitch, they have a great chance to proceed. However, memories of their meltdown last season are still fresh in their loss to Liverpool. AS Roma also beat them in the 2017-18 season 2-1 to progress into the quarter-finals of the UEFA Champions League.

The Europa League will resume on 10th August and the climax on 21st August with the remaining fixtures scheduled for 5th and 6th August. Seville v Roma and Inter against Getafe will be played as single-leg ties played in a neutral ground as they didn’t play the first leg. Antonio Conte’s transformed Inter Milan are second-favourites to win the Europa League and face a frustrated Getafe who missed out on the qualification for the Europa League on the final day of La Liga.

Sevilla who are the record winners for the Europa League has already qualified for the Champions League for the first time since 2017. They will have a chance to show off Europe’s premier transfer target, Lucas Ocampos. Ocampos has been industrious for Jalen Lopetegui’s side, scoring 17 goals and making three assists. AS Roma has been great this campaign, they will offer an entertaining team to watch for the neutrals. Veteran striker Edin Dzeko is having a productive season. The 34-year-old former Manchester City player has scored 18 goals in 40 games, also making eight assists.

Manchester United have only this competition left to play for after being thrashed in the FA Cup semi-final by Chelsea. Ole Gunnar Solskjær’s decision to play a weakened side with one eye on the league game backfired spectacularly, suffering a 3-1 defeat. They do, however, have a five-goal advantage against LASK Linz that should be enough to take them to the next stage.

Wolves drew 1 – 1 against Olympiakos and will have a real challenge in their hands against the current Greece Champions who knocked out Arsenal. Nuno Espirito will try to become the second English side in the last eight. Wolves do have a good chance, Adama Traoré, Raúl Jiménez and João Moutinho have been in great form in the league.

Rangers have the toughest task against Bayern Leverkusen after losing 3 – 1 at home. Steven Gerard’s side needs at least three goals to stand a chance of qualifying against the talented German outfit. The other games include FC Copenhagen against Istanbul Basaksehir with the visitors having a one-goal advantage. FC Basel host Eintracht Frankfurt who they beat three-nil in the opening fixture. 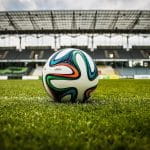