Britain’s surfers and skateboarders are the big winners as UK Sports announce additional funding to help them qualify for Tokyo 2020. £3 million has been pledged by UK Sport which will benefit sports that don’t meet funding requirements.

The introduction of a new aspirational fund will help UK athletes who do not currently qualify for full lottery funding, the government has announced. Surfing is the biggest winner with £192,500 set to be received. Skateboarding was awarded £162,500 and softball £62,500.

Wheelchair rugby will receive a half-a-million pounds investment along with GB Badminton who will receive £259,679. Other sports to benefit are the Paralympic sport of goalball along with archery, beach volleyball, fencing, artistic swimming and table tennis.

UK Sport has announced additional funding with surfing, skateboarding, softball and goalball being the big winners.

The decision to award these funds has come as a surprise to many and is a distinct change of policy from UK Sport. Previously, only sports that had realistic medal potential were given funds. Additionally, a sport could find its budget slashed or even completely removed if the performances do not match expectations. This could be devastating for the sport involved. GB Badminton had all its UK Sport funding withdrawn, which amounted to £5.7m, but wasn’t alone as fencing lost its £4.2m funding, wheelchair rugby missed out on £3m and archery also saw its funding gone, missing out on £2.9m.

UK Sport has previously come under fire for the all or nothing funding of sport, with many complaining that money is being focused on the medal table, which is creating a “two‑class system that runs counter to Olympic ideals”. Critics also claim that funding is concentrated on too few sports.

There is a noticeably more conciliatory tone in the message now from UK Sport than the one that was evident last year. When questioned why funding had been removed for some sports, the chief executive of UK Sport was in a fighting mood, stating her organisation was investing in the best medal prospects.

However, when this new funding was announced, CEO Liz Nicholl said she was enthusiastic about the impact this additional funding will have on UK athletes and believes it will help them qualify for the next games. Nicholl said:

“This new aspiration fund is a fantastic opportunity for these athletes and sports to get on track for the Tokyo Games.”–Liz Nicholl CEO UK Sport

This new funding could serve as an olive branch to some sports. Last year 11 national governing bodies of sports joined together to speak with one voice on the issue of funding. Members of Archery GB, BaseballSoftballUK, British Basketball, British Fencing, British Handball, British Volleyball, British Weightlifting, British Wrestling, GB Badminton, GB Wheelchair Rugby and Table Tennis England united to complain that athletes with prospects of winning medals are being given the chance to compete because of the focus on the few.

The figures certainly seem to back up this claim. When London held the Olympics in 2012, UK Sport directly funded 18 out of the 26 UK teams at the games, or 70% of the participants. Before the announcement of the aspirational fund, this figure was due to drop to 16 of the 33 sports, which is less than half the UK’s competitors at 48%.

The introduction of this aspiration fund does solve the problem of how to fund new sports. The performance related funding model doesn’t support new sports with a lack of performance history. The two new events at Tokyo will be climbing and karate, two sports already announced as benefiting from the new fund. 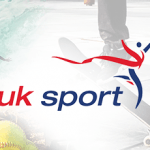