Johanna Konta is looking for a new coach after ending her relationship with Wim Fissette. The pair had only been working together for 10 months but Konta has called time on the partnership that was in place when Konta defied expectations to reach the semi-finals of Wimbledon this year.

Johanna Konta defied expectation and reached the semi-final of Wimbledon 2017.

British number one Konta, is currently suffering from a foot injury which meant she did not qualify for the WTA Finals which are held in Singapore this month. This injury also rules her out of the WTA Elite trophy meaning the season is effectively over for Konta.

The split with Wim Fissette is on good terms and Konta was complimentary on the work Fissette had done in the short time they worked together. The 26-year-old said of her former coach:

Wim Fissette and I have mutually decided to end our working relationship. Things ended very amicably and I wish Wim all the best. We’ve achieved a lot together and I want to thank him for all his patience, hard work and expertise.– Johanna Konta, British Tennis player

Konta’s rise to the top 10 rankings in world tennis has been nothing but spectacular. In June 2015, Johanna was ranked a lowly 147th in the world. The improvement under Fissette coaching saw the Brit hit a peak of number 4 in the world. In doing so she became the first British woman to obtain a top ten ranking since Jo Durie in 1984.

Although Konta is looking for a replacement for Wim, she is keeping faith with the rest of her support team which includes hitting partner Andrew Fitzpatrick, strength and conditioning coach Gill Myburgh, mental coach Elena Sosa and physio Milly Mirkovic.

Mainly due to her excellent showing at Wimbledon, expectations for Konta have grown and grown. However, her injury and poor form have hindered Konta building on her performance at the world’s most famous tennis competition.

After beating Dominika Cibulkova in round 3 of the ATP & WTA Western & Southern Open, Konta has been on a five-match losing streak.

A defeat in the quarter-finals of that competition to Simona Halep has been followed by a defeat in the first round of the US Open to Alexandra Krunic and a second-round exit at the hands of Barbora Strycova in the WTA Tour Toray Pan Pacific Open.

Ashleigh Barty beat Konta in the 2nd round of the WTA Dongfeng Motor Wuhan Open and in her last competitive match on the 1st of October, 55th seed Monica Niculescu defeated her in the first round of the ATP & WTA China Open.

Konta will be hoping that a change in coach will lead to a change in fortune and help her add to the three WTA single titles and 11 singles and four doubles ITF titles that she currently holds.

It is widely speculated that the timing of this announcement is no accident as this is the time of year when coaches and players part company. This shop window announcement will help her attract the level of coach that will help her take her game to the next level. 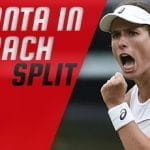 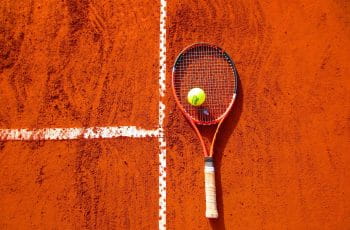