The body recovered from the wreckage of a crashed plane located in the Channel sea has been formally identified as footballer Emiliano Sala, Dorset police have announced.

The plane left Nantes travelling to Cardiff on 21 January. Sala was signed by Cardiff City for £15m, the club’s record signing, and was set to make his debut for his new club that weekend.

The plane’s wreckage was located off the Channel Islands over the weekend. Specialist equipment was used to inspect the plane and sent video back above water. Video confirmed that the plane was in-fact the missing one carrying Sala and pilot David Ibbotson, as well as showing at least one body inside.

Cardiff fans will remember Sala as the best striker they never had.

Tributes for the footballer have poured in from fellow sportsmen. Manchester City’s Sergio Agüero tweeted his condolences. A statement from Sala’s new club, Cardiff City, offered “our most heartfelt sympathies and condolences to the family of Emiliano. He and David will for ever remain in our thoughts.”

In a statement, Dorset police said:

The body brought to Portland port has been formally identified by HM coroner for Dorset as that of professional footballer Emiliano Sala. The families of Mr Sala and the pilot David Ibbotson have been updated with this news and will continue to be supported by specially trained family liaison officers.–Statement, Dorset police

Sala was born in Argentina and moved to Spain after being scouted as a teenager. At the age of 20, Sala started his professional footballing career at Bordeaux in France. He didn’t make his competitive debut until the 2011-12 season, coming on as a substitute in extra time of a cup match.

Frustrated at the lack of first team opportunities, Sala went on loan to US Orléans, where he scored an impressive 19 goals in 37 appearances. The next season, Sala again went out on loan, this time to Chamois Niortais, a Ligue 2 club at the time. His 20 goals that season set a new club record, beating the old record of 18 goals in a season.

That led to Sala being brought back to Bordeaux with a chance at playing in the first team. Despite scoring his first competitive goal for the club, he was then once again loaned out, this time to Ligue 1 club SM Caen. There, he scored 5 goals, before returning to Bordeaux.

Sala finally got a long-term contract in 2015 when he was signed on a five-year deal at Nantes for €1m. English club Wolves made a bid for Sala that season that was turned down by Nantes, and Sala scored six times that season. The next season proved more productive, with Sala doubling that total to score 12 goals, a new club record. He did the same the following year, with 12 more goals making him the club’s top-scorer for three consecutive seasons.

Despite not starting some matches at the beginning of the 2018/19 season, Sala forced his way into the team. 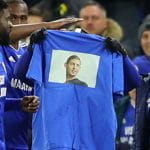