Philippe Coutinho has become the second most expensive player in the world with Barcelona agreeing a £142m fee with Liverpool for the Brazilian. Barcelona finally get their man after failing previously with three bids in the summer for the 25-year-old.

Philippe Coutinho’s dream to sign for Barcelona finally came true this week when Liverpool accepted a £142m offer from the Spanish giants for the attacking midfielder. The deal brings to an end the long running transfer saga involving Coutinho who finally joins Barcelona in a five-and-a-half-year deal.

The Reds will receive £105m in cash with the remainder based on performance related add-ons. These should be achievable at a club that boasts players of the calibre of Lionel Messi, Luis Suárez, Ousmane Dembélé and Andrés Iniesta.

Barcelona’s decision to sign Coutinho in the January window rather than waiting until the Summer surprised many, especially with Coutinho being ineligible to play in the Champions League due to being cup-tied in that competition.

This however could turn out to be a masterstroke by Barcelona, who would have the luxury of playing Iniesta in the Champions League and relying on Coutinho for other competitions, should the 33-year-old veteran need resting.

A change in tune from Klopp and Liverpool

When Barcelona first tried to sign Coutinho there was a resounding “no” from the Liverpool camp. With the fresh injection of the TV deal cash, the Anfield club had no real need to sell. The club were financially sound and wanted to keep hold of one of the best players in the Premiership. This led to manager Klopp dismissing the idea of the Brazilian leaving. He famously said:

Coutinho tried to engineer a move away from Anfield by submitting an email transfer request direct to sporting director, Michael Edwards. The club’s stance didn’t change and they publicly declared the player was not for sale at any price. Three bids and public courting of the player later, Philippe was still very much a Liverpool player.

If the player was disappointed in his club’s decision, Coutinho’s performances on the pitch reinforced why his club was so desperate to keep him and why Barcelona so desperately wanted him for the next generation at the Camp Nou.

Klopp’s statement after the deal was announced gives a great insight into the amount of power a player possesses in the modern game. Despite Klopp’s best efforts, he was unable to convince the Brazilian to stay, confirming that the player had his heart set on a move. Klopp said:

It is no secret that Philippe has wanted this move to happen since July, when Barcelona first made their interest known, Philippe was insistent with me, the owners and even his team-mates this was a move he was desperate to make happen.– Jürgen Klopp, Liverpool manager

Klopp went on to describe the efforts he had personally made to convince the player to stay but ultimately, he was unable to do so. He went on to praise Coutinho as a person as much as a player, saying:

It is with great reluctance that we – as a team and club – prepare to say farewell to a good friend, a wonderful person and a fantastic player in Coutinho. The relationship we have for him means with a heavy heart we wish him well.– Jürgen Klopp, Liverpool manager

Liverpool’s bank balance will certainly be healthier because of the transfer with the Merseyside side club turning a £133.5m profit on a player who only cost them £8.5m from Inter in January 2013.

It will be fascinating to see if Liverpool decide to invest the Coutinho money and add to the £75m they have already spent on defender Virgil van Dijk this January or whether they will wait until the summer to recruit. Klopp likes to get value in the transfer market but may find this very difficult with the footballing world knowing he has a Coutinho sized wad in his wallet. 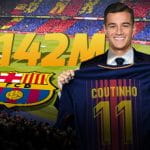 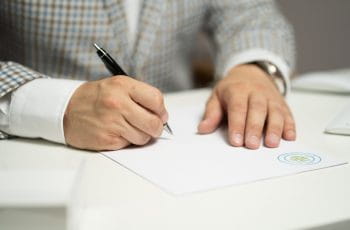