Catalonia, one of Spain’s wealthiest and most productive regions, was the scene of violent clashes as pro-independence supporters clashed with police in Barcelona and surrounding areas on Sunday. Over 850 people were hurt when Spanish riot police tried to stop a referendum on independence for Catalonia.

Prime Minister Mariano Rajoy had called the referendum illegal and had previously stated that the vote for independence would never happen, stating:

I say this both calmly and firmly: there will be no referendum, it won’t happen.– Mariano Rajoy, Prime Minister of Spain

To prevent the vote taking place, Spanish security forces have been moved into the region on cruise ships, under orders to halt the vote by force. If anyone thought this was a hallow threat they soon understood the Spanish Government’s very real desire to stop this vote.

Over 850 people were hurt when Spanish riot police tried to stop a referendum on independence for Catalonia.

Voting did take police in some areas but social media was full of video footage showing violent scenes of police in full riot gear breaking through barricades and hitting out indiscriminately at people who had attended make-shift polling stations.

Why does Catalonia want independence?

The Catalan region has a population of 7.5 million which is about 16% of Spain’s 46.5 million. It has its own language and under the Spanish Constitution of 1978 has a degree of autonomy. It was first granted limited powers in 1913 when King Alfonso XIII gave the provinces the right to become more secular and the Catalan Commonwealth was born from this.

Although the Commonwealth didn’t have much real power, it had a huge political impact as it was the first time the Spanish state had acknowledged the existence of Catalonia since 1714. When Miguel Primo de Rivera took over as Prime Minister 1923 he took a less tolerant view over Catalonia. He orchestrated a campaign against Catalan republican nationalism and Imposed bans on the Catalan language and imposed labour restrictions.

In 1926, in a plot that sounds a lot like the ‘Gunpowder Plot’, Estat Català raised a small army and intended to overthrow the ruling power and claim independence for the Catalan Republic. The plot was foiled but the event did bring much global publicity and sympathy to the Catalan cause.

If independence hopes suffered, they were almost certainly destroyed under dictator Francisco Franco. His victory in the Spanish Civil War (17 July 1936 – 1 April 1939) led to the abolishment of any notion of Catalonia and he brought in tough measures against Catalan nationalism and culture. Franco received help within days of the fighting from Adolf Hitler who sent powerful units to help in the conflict. This act was deemed by many to have been an early testing ground for Hitler as he planned war on a global scale.

Before Franco’s rule, there were 12,000 prisoners in Spanish jails. After the civil war, there were 280,000 prisoners in 50 camps or prisons. 50,000 people were killed as enemies of the state by death squads, many of these for being sympathetic to the Catalan independence movement.

It was after Franco’s death in 1975 that democracy came to Spain. After the elections in 1977, the Spanish Constitution was published. The document set out the rights of the Spanish people. The important thing about this document is that it defines Catalonia as a nationality and legally recognises the Catalan language along with the Spanish language. The constitution also gives the regions more autonomy in areas such as education and culture.

As the Catalan area is a prosperous one, many pro-independence supporters claim that the area doesn’t receive as much back from the government as it generates. They point out that the recovery from the economic crash of 2008 was largely due to the prosperity of the region and they deserve more financial autonomy.

‘Madrid nos roba’ (Madrid is robbing us) is a popular slogan seen on banners. Catalania residents account for 16% of the population but contribute 19% of Spain’s GDP. In tourism terms, of the 75 million people that visit Spain, 18 million visit the Catalania region (24%). It is also a fact that the area’s residents pay more tax than they receive.

It’s not all good news on the financial front though. The BBC have reported that the Catalan government owes €77b, which equates to 35.4% of the Catalonia’s GDP. Of the €77b owed, €52b is owed to the Spanish government, which will of course complicate discussions on independence, with the government likely to insist on repayment and also that Catalonia take on some of the responsibility of Spain’s crippling debt, which is officially stated as €1.1t and is a worrying 99.4% of GDP. For comparison, France stands at 96%, the UK at 89.3%, and Germany at 68.3%.

Prime Minister Mariano Rajoy’s decision to take a hard-line on the vote may have backfired, as the heavy-handed approach has caused many who were undecided to take sides with the pro-independence side, such as Guardian writer Irene Baqué.

The relationship between Barcelona and Real Madrid fans is heated at the best of times, but the quest for independence has poured petrol on an already volatile situation. In Real Madrid’s game, which was on the same day as the controversial vote, there was no doubting the opinions of the Real Madrid fans. As the clock hit the 12th minute, the passionate crowd was awash with the red and yellow of the Rojigualda as they demonstrated their support for a unified Spain.

Barcelona’s 3-0 win against Las Palmas was played behind closed doors in a protest over police brutality.

Fans of Barcelona had no such option to display their feelings as Barcelona’s 3-0 win against Las Palmas was played behind closed doors. This action was taken by the club as a protest against police violence.

Barcelona had tried to get the game postponed due to the unrest but this request was denied by the Spanish Football Association, who stated there were no grounds to do so in the interests of safety.

This decision was quite surprising since Barcelona’s opponents Las Palmas had intended to wear a provocative new kit which featured the Spanish National flag and also due to the ongoing tension between police and pro-independence supporters.

There was a very real possibility that Barcelona would have been docked six-points if the game didn’t go ahead. Real Madrid are currently seven points behind leaders Barcelona so you can understand Barcelona’s reluctance to risk this course of action.

The game itself was a strangely eerie affair with the Camp Nou, that has a capacity of 99,354, totally empty of supporters. The strange experience of being able to hear the players talking to each other in such a colossus venue was bizarre. And while Barcelona are historically neutral in the independence debate, perhaps a change in stance is coming.

In the warm-up for the game, Barcelona players wore t-shirts in the colours of the Catalan flag and during the game, the scoreboard displayed the message, ‘DEMOCRACIA’.

One person who has been thrust into the limelight is former Manchester United player Gerard Pique. The Barcelona defender gave an impassioned interview after the behind closed doors game against Las Palmas. He said:

You vote yes, no, or leave it blank, but you vote. In the Franco era, we couldn’t defend our ideas. I am, and I feel Catalan, and I am very proud of the people, of their behaviour, like in the last seven years.– Gerard Pique, Barcelona and Spain football

The 30-year-old was critical of the role that president Carles Puigdemont and the security services played in the cracking down on voting. Pique has offered to quit international football if his views on independence are a problem for the Spanish team boss Julen Lopetegui or the Spanish Football Federation. He said:

I honestly think I can join up with the national team because I’m convinced there are thousands of people who totally disagree with what has happened. I also say that if the coach or anyone from the Federation thinks that I’m a problem or a nuisance then I will step aside and leave the national team before 2018.– Gerard Pique, Barcelona and Spain footballer

Pique had posted pictures on social networks of him placing his vote at a ballot box on Sunday. However, Pique’s public backing of the vote has caused him to be a target of hate for many supporters of the Spanish national team.

During training for Friday’s World Cup Qualifying game against Albania, loud booing and jeers directed at Pique could be heard from the crowd and this is likely to continue in the Group G qualifying game.

Tuesday saw widespread protests held in Barcelona and whilst they were mainly peaceful, with an estimated 300,000 taking part, the sheer numbers are testament of the movement for choice. Many Catalonians don’t want to have independence from Spain but they do demand the right to choose.

The Catalan President Carles Puigdemont has vowed the fight will continue and has pledged that Catalonia will declare independence in a matter of days. In a TV interview with the BBC he said that once the overseas votes were in then they would be looking to declare independence.

Spain’s King Felipe VI gave a rare television speech in which he placed the blame of the unrest firmly on the shoulders of Catalan secessionist leaders and accused them of shattering democratic principles. He said the ‘irresponsible behaviour’ of the Catalan leadership had destroyed social harmony.

The King’s speech annoyed many as he did not reference at any point the violence by the police.

This crisis is one of the biggest issues to hit Spain in decades and neither side seems willing to concede ground. Negotiations seem to be playing out in the press rather than behind closed doors.

One option the Spanish government do have is to invoke article 155 of the Spanish constitution. This allows the government to take control of an autonomous region. The constitution states that this can happen if a region “does not fulfil the obligations imposed upon it by the constitution or other laws, or acts in a way that is seriously prejudicial to the general interest of Spain”. This is deemed as highly unlikely to happen as these powers have never been exercised and any such move would only intensify anger and possibly violence in the region. 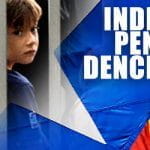