Aussies to lead the way in responsible gaming?

The gambling industry has been under sustained fire recently and The Gambling Commission’s decision this week to fine betting giant 888 a record £7.8m for failing to protect 7,000 vulnerable players will have done little to quell the fires of opposition to gambling companies.

Whilst the case against 888 was mainly focused on customers who had identified themselves as having an issue, our cousins down under are taking steps to protect their next generation of citizens and are proposing radical new measures to stop youngsters from being influenced by television adverts that promote gambling.

The Australian Prime Minister, Malcolm Turnbull, has pledged that all adverts for betting would not be permitted before 20:30. This, it is hoped, will reduce the growing gambling problem that is engulfing Australia.

The Australian Prime Minister Malcolm Turnbull has pledged that all adverts for betting would not be not be permitted before 20:30.

It has been well documented about how us Brits love a flutter but believe it or not, Australia are the most prolific gamblers on the planet, based on the amount spent divided by the population (per capita for all you brainiacs). Bless ‘em, the Aussies lost more money per person and easily beat Singapore and Ireland into second and third. On average, Australians lost $990 per person, compared to $650 for Singapore and $500 for Ireland.

Australia is very like the UK in regards to attitudes towards and availability of gaming. Fruit machines (pokies as our Australian friends call them) are commonplace, not just in casinos but in pubs and social clubs in almost every high street. I’m not sure what the Australian equivalent to TopKapi is but you get my point!

The Impact on Australian Life

Whilst the immediate impact for Australian gambling addicts is clear, the social impact can be a higher price to pay. In regions of Australia where no slot machines are allowed, researchers from the National University indicated that reported incidents of family violence were 25% fewer and domestic violence assaults were even lower at 30%.

I certainly don’t think that the correlation between the stats and the amount of fruit machines in an area is as simplistic as the report suggests as there are millions of factors that go into personal circumstances. But one particular statement in the report does ring true: “Crime, divorce, domestic violence, suicide — that’s the sharp end of the stick. The majority of people lose money, and therefore their quality of life is affected”.

In the UK, the highest density of high street bookmakers isn’t in affluent Chelsea or even London but in the poorest regions of the UK. Several studies have shown that homes with low disposable income spend more on gambling based activities than those with a higher level of disposable income.

No Betting Adverts Before 20:30

If betting is getting out of hand in Australia then it’s only reasonable to take steps to reduce the harm, so on the surface Turnbull’s promise to ban adverts before eight-thirty in the evening sounds good. The problem is, many feel the ban doesn’t go far enough and already people are seeing loopholes in the proposal.

One such loophole is that the ban doesn’t cover daytime sports programs from discussing odds. Some fear this is a subtle way of gently persuading or at least making a viewer more susceptible to placing a bet.

A Deakin University report found that Watching gambling ads is becoming a normal part of watching football for Australian children. They interviewed children and the comments show how normal they feel betting is. One 14-year-old who was interviewed for the report said: “The adverts are everywhere, the ads make you want to bet” and a 10-year-old said “Every time there is sport on, I’m like, I’m going to bet $5 for the Socceroos to win”.

Perhaps the biggest obstacle to the TV ban having the desired effect is that many of the sporting events take place after the watershed time. The State of Origin series – the annual best-of-three Australian rugby league football match series between two state representative sides – takes place after the watershed time. This also applies to day and night cricket matches, World Cup games, Olympics, the list goes on. Are parents really going to turn the TV off mid-way through a sporting event? Very doubtful.

Another concern I’d have is that 20:30 isn’t very late! The gambling age in Australia is 18, so is a 17 old year really going to be protected and told to go to bed at that time? My parents were quite strict about bedtimes growing up but I’m sure even at age 11 my bedtime was much later than that!

What are the Aussie Bookmakers Doing to Improve?

A new lobby group was established last year in Australia called Responsible Wagering Australia. According to the group’s website:

“RWA and our members are committed to ensuring that Australia has the best conducted, socially responsible, wagering industry in the world”.

Australian bookmakers CrownBet, Sportsbet, Betfair, Unibet and Bet365 all back the group. Some of the aims of the group are sensible harm reduction measures and I was pleased to read that the group are opposed to any involvement of payday lenders within the betting industry. Another good proposal is the phasing out of credit betting facilities. There are few combinations as toxic as gambling debts and access to expensive credit so these proposals make sense.

What concerns me about the Responsible Wagering Australia group is that they are a lobby group rather than an independent body. Part 3 of their code of conduct states they “will promote the industry’s contribution to innovation, employment and the economy generally”. I cannot see how a group which includes the bookmakers will not at some point encounter a conflict of interest.

One possible solution is the ability to opt out of receiving certain types of adverts. For example, I sign up with Sky and as part of the registration process it asks if I have children. I say yes and the gambling advert is either blocked or a family friendly advert shown instead. Of course, there will be technical challenges but it would ensure that youngsters are not influenced by the TV adverts. 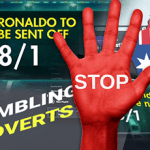 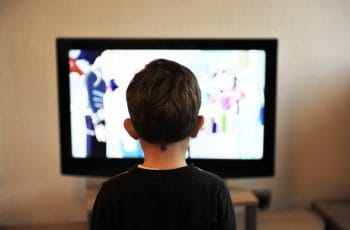