Arsenal last won the title back in 2004 and last season’s 5th place was the lowest since manager Arsene Wenger took over 20 years ago. Was this just a hiccup, a one-season blip? Or does it expose deeper problems for Arsenal this season? We take a look at Arsenal’s chances.

Most of the talk at Arsenal pre-season has not been about new players but rather can they already keep hold of their existing top players. Arsenal do have a bit of a reputation as a selling club but Wenger has been keen to stress that the club do not need to sell and will not sell! In the Charity Shield Arsenal beat Chelsea 4-1 on penalties so maybe it isn’t all doom and gloom at the Emirates!

Ins and Outs at Arsenal

Arsenal wasted no time snapping up a centre-forward and in new signing Alexandre Lacazette they are buying a player of the highest quality. In his 275 games for previous club Lyon he scored 129 goals and assisted on 43 occasions.

Surprisingly that has been the only cash signing up to now with Wojciech Szczesny (since sold to Juventus) and Joel Campbell returning from loan spells and Kolasinac, on a free transfer from Schalke. I suspect Arsene Wenger is sat in a darkened room, still suffering from shock after spending £47.40 million on a player. That might explain the lack of further transfer action.

Wenger’s first aim will be to start the season with the two players who have been so effective for Arsenal, Sanchez and Ozil. Both players, along with Alex Oxlade-Chamberlain, Jack Wilshere and Kieran Gibbs are entering the final year of their contracts and there is a real possibility that Arsenal could watch £150 million worth of talent walk out of the club for free next season. Surprisingly, Arsene has stated publicly that he is “relaxed” about the situation and he predicts players leaving clubs for free will be the norm in a few years as more clubs baulk at paying crazy transfer fees. It’s a brave stance by Wenger. I’m not sure many other clubs would do this.

While Manchester United showed last year that the Europa league can be a season-saver, it is also a lot more fixtures to see the journey through so it will be interesting to see what Wenger’s priorities are. Europa Glory to get back in the Champions League or give it your all and try and win the Premier League? Arsene will be keen to end his Arsenal career which currently sits at 22 years on a high and many have predicted that his next trophy will mean retirement. That would make sense with a man who has unprecedented control at Arsenal, his word is law and I struggle to think of another example of this in the Premier League.

Last season, Arsene Wenger switched to a 3-4-3 formation against Middlesborough, it was the first time he had deployed three at the back since 1997. This weekend in the charity shield he also used a 3-man defensive formation and it worked. Is this the sign of Wenger adapting, watching how it worked well for Conte at Champions Chelsea, or a man clutching at straws? The fact is, the formation change did work and Arsenal won nine of the last 10 games they played in. So, it’s unlikely he will change much apart from deploying a 4-4-2 tactically.

Keeping hold of Sánchez will be vital

Weaknesses and Strengths of Arsenal

Arsenal can be a frustrating team, at times, brilliant attacking football that is easily on par with the best teams in the league but other times they seem to self-destruct. Arsenal really need leaders. I know players like Patrick Vieira are a rare commodity but it is something they are severely missing.

There have been rumours that Arsenal have had a £87 million offer turned down for Monaco’s wonder kid Kylian Mbappé. If Arsenal do pull off this mega transfer it will be an amazing coup but with every other top European club sniffing around the 18-year-old it will be a tough ask and somewhat doubtful. Wenger’s French nationality could help but it could also help French legend Zinedine Zidane at Real Madrid.

Most Important Players for Arsenal

Alexis Sanchez – Sanchez is the hero for many fantasy football team managers, as he is classed as a midfielder in the official Premier League Fantasy Football game. His 24 goals and 10 assists brought joy to many armchair coaches.

Shkodran Mustafi – Mustafi may not be the highest profile player at Arsenal but last season, the defender’s form was excellent. In the 26 games he played, he received an average player rating of 7.35. Arsenal will need this consistency this season and at only 25 the former Valencia player looks to have a bright future.

Alexandre Lacazette – There have been rumours of Alexandre Lacazette joining the Premier League for a few years now so it’s great that we will get to see him in action in the colours of Arsenal this year. Whilst not the most prolific of strikers, his 114 goals in 243 games is very respectable indeed.

Winning the FA Cup prevented an almost disastrous season and whilst the supporters will be pleased with winning the oldest cup competition in the world, for most, it wasn’t the trophy they wanted to see won.

Part of the fun last season was seeing the most obscure places that the hashtag “#Wenger out” was seen. It became a world-wide phenomenon. The Pope’s Easter address, a Coldplay gig in Thailand, New York in Times Square. However, this is in the past and although a lot of fans are unhappy, they are resigned to the fact he’s staying. Personally, I’m already looking forward to watching Arsenal TV clips this season: “Arsenal lost today fam. You know what that means blud?”

Wenger will point out that the 9 wins in 10 games is Championship form and he is right but how many times have we seen Arsenal implode just after Christmas?

Where Will Arsenal Finish?

I will be very surprised if Arsenal win the title. However, if Alexis Sanchez and Mesut Ozil stay and Sanchez forms a great partnership with Lacazette then they will be exciting to watch and will score a lot of goals but that is a lot of ifs and buts. The quality being brought in at other clubs such as Manchester City, United and Chelsea is raising the bar even further. I can see Arsenal doing well in the FA Cup and perhaps the Europa League is achievable for Arsenal. But in the league, I feel they will have done well to get in the top 5. If you disagree, Ladbrokes have Arsenal at odds of 12/1. For new customers, you can grab up to a £50 welcome bonus. 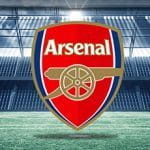 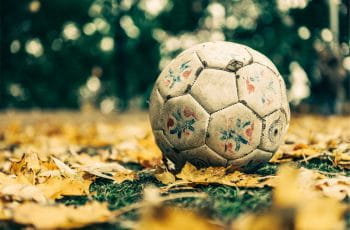 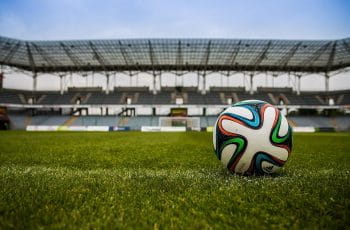