The most anticipated fight of the year resulted in Anthony Joshua adding the WBO belt to his WBA, IBF and IBO titles. Poor refereeing ruined the event as a spectacle but Joshua’s impossible dream of unifying the heavyweight division is becoming a real possibility.

Anthony Joshua took a huge stride in his quest to unify the heavyweight division but was taken the distance by a tough and durable opponent in Saturday’s fight at the Principality Stadium in Cardiff.

Prior to this fight, Joshua had a 100% KO record, so few expected New Zealander Joseph Parker to last more than 6 rounds. Yet Parker showed exactly why no fighter has ever been able to floor the 26-year-old.

It would be an injustice to Parker to not mention the role the referee played in his defeat. Even in the early rounds, you knew that Parker would need to get close to Joshua and deliver power punches if he had any chance of a win but time and time again the referee split the pair, even without any hint of holding taking place.

This destroyed Parker’s tactics and he was an easy target for the left-hand jab of Joshua who exploited his much superior reach. The six-inch difference allowed Joshua the luxury of staying centre ring and forcing his opponent into the ropes.

As the fight went on, Joshua was building quite a lead on the scorecards but it was effective rather than exciting. The fight felt flat after the hype but came to life in the 8th when Joshua connected with a powerful left uppercut which clearly hurt the WBO champion.

The 10th round saw Joshua’s aggression land two heavy left hooks early on, but no matter what the WBA, IBF and IBO holder threw, Parker stubbornly refused to go down.

Parker almost produced a shock result in the 11th when the fight came alive as the fighters both made and landed heavy punches. For perhaps the first time, the referee didn’t get involved and it’s no coincidence that this stage of the fight was the most exciting.

All in all, it was a comfortable victory for Joshua, the judges scored the fight 118-110, 118-110, and 119-109 to Joshua which was a fair reflection of the fight. This was a fight that Joshua was expected to win, it is also one that the Londoner will take learning points and experience from. After all it was the first time a professional fight of his had gone the distance, albeit at the expense of his 100% KO rate.

Is the undisputed heavyweight champion of the world title close?

Almost as soon as the result of the bout was known attention quickly switched to the topic of who would Joshua fight next?

WBC heavyweight champion Deontay Wilder holds the only remaining belt that Joshua doesn’t. A winner in that fight would set up the first undisputed heavyweight champion since Lennox Lewis in 1999. When Lewis achieved the feat, there were only three titles, the WBC, WBA and IBF so this is unprecedented in modern day boxing.

Wilder’s absence at the Joshua v Parker fight had raised concern that the American holder of the WBC title was sending a message that he didn’t want to fight Joshua. However, these fears seem to be alleviated with reports from both the Wilder and Joshua camps that talks were indeed underway. The purse has also allegedly been agreed with a 60/40 purse split in favour of Anthony Joshua.

Joshua, after the fight, said he wanted to fight Wilder next or failing that, Tyson Fury. Fury is yet to fight since his hiatus from the sport after becoming heavyweight champ in 2015. As Fury is likely to face a lesser challenger on his return to the sport, a Joshua v Wilder fight would seem much more likely. 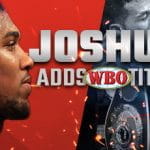 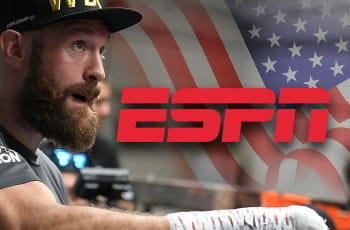 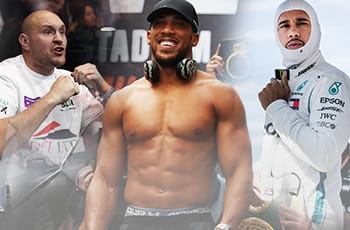